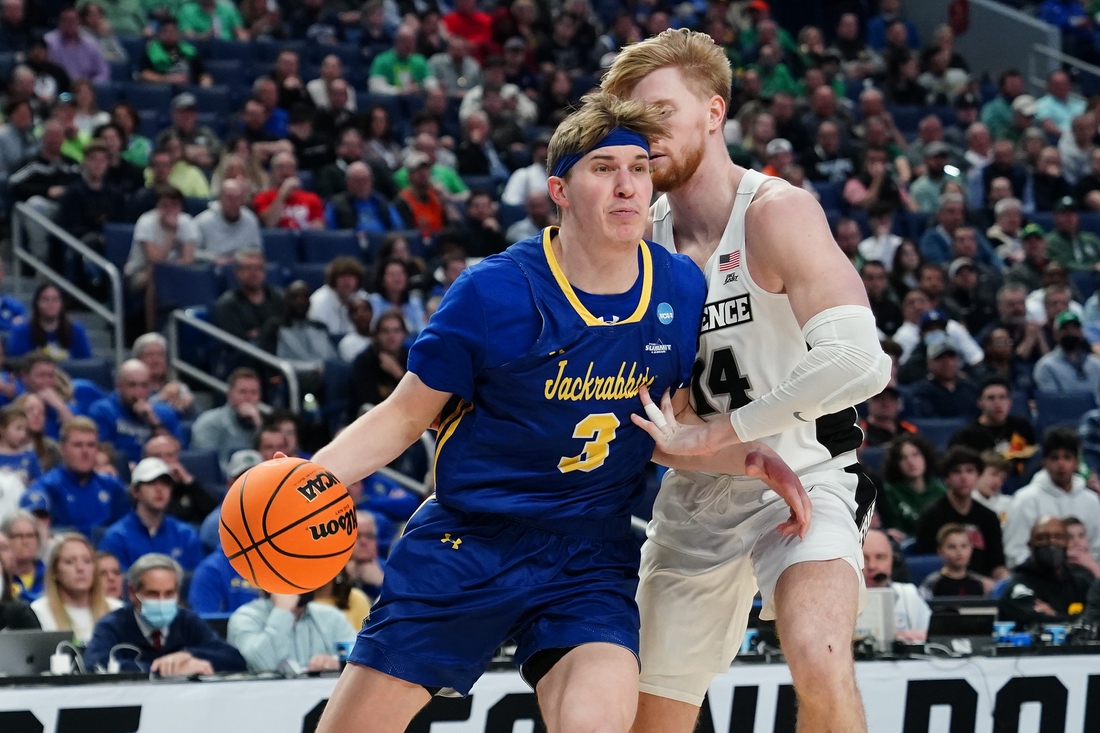 The Nebraska native will return to his home state and add to a team that experts expect to compete for the Big East title in 2022-23. He picked the Bluejays over Arkansas, Clemson, Duke and Nebraska.

Scheierman averaged 16.2 points, 7.8 rebounds, 4.5 assists and 1.3 steals per game in 35 starts last season for South Dakota State, which became the first Summit League team to finish league play undefeated. The Jackrabbits lost to Providence in the first round of the NCAA Tournament in March.

At Creighton, the sharpshooter will join a team returning guards Ryan Nembhard and Trey Alexander and bigs Ryan Kalkbrenner and Arthur Kaluma.

Scheierman also entered his name in the NBA draft in March, but he is not projected to be taken among the 58 selections in June’s draft.