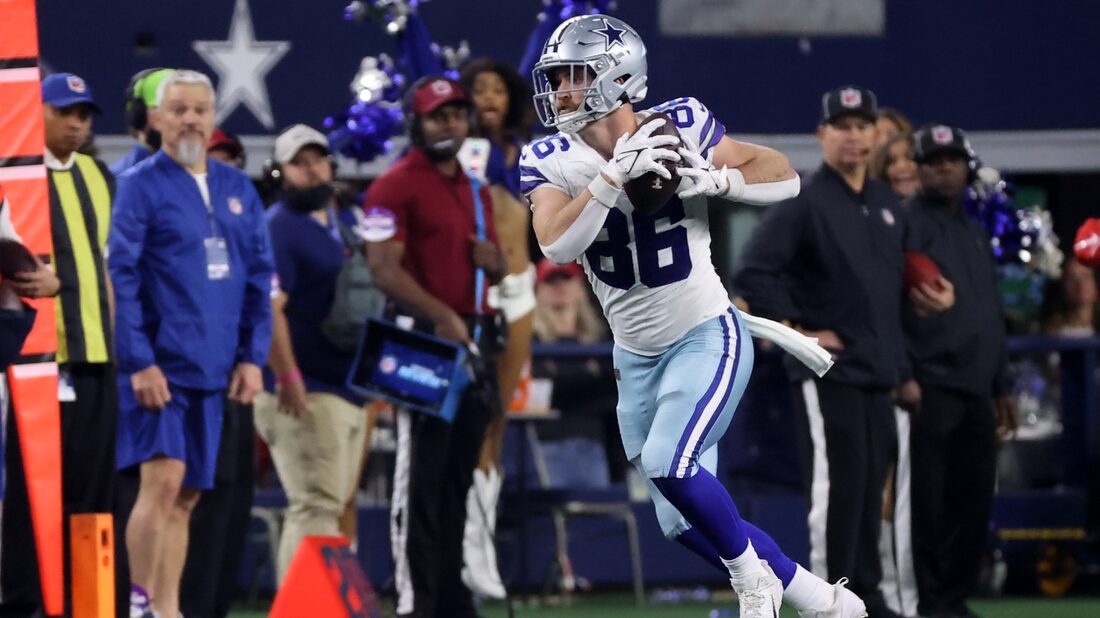 Tight end Dalton Schultz is set to be tagged by the Dallas Cowboys.

Per multiple reports, Dallas intends to apply the franchise tag to Schultz before Tuesday’s 4 p.m. ET deadline. The Browns (David Njoku) and Dolphins (Mike Gesicki) also used the tag on a tight end, guaranteeing their 2022 salary at $10.93 million once the tender offer is signed.

Quarterback Dak Prescott had a passer rating of 120.0 when targeting Schultz since 2020, according to the Cowboys.

Schultz, 25, was a fourth-round pick in 2018 and caught 78 passes for 808 yards and eight touchdowns last season. The Cowboys are uncertain whether tight end Blake Jarwin (hip) will be available to start the 2022 season.

Prescott and offensive guard Zack Martin had their contracts adjusted for salary cap purposes as the new league year approaches.

This is the fourth time in five offseasons the Cowboys have employed the tag. Dallas used the franchise tag on Prescott (2020) and defensive end DeMarcus Lawrence (2018, 2019).

Lawrence and wide receiver Amari Cooper reportedly refused paycuts this offseason and could be traded or released. Cooper is due a guaranteed bonus on March 20.