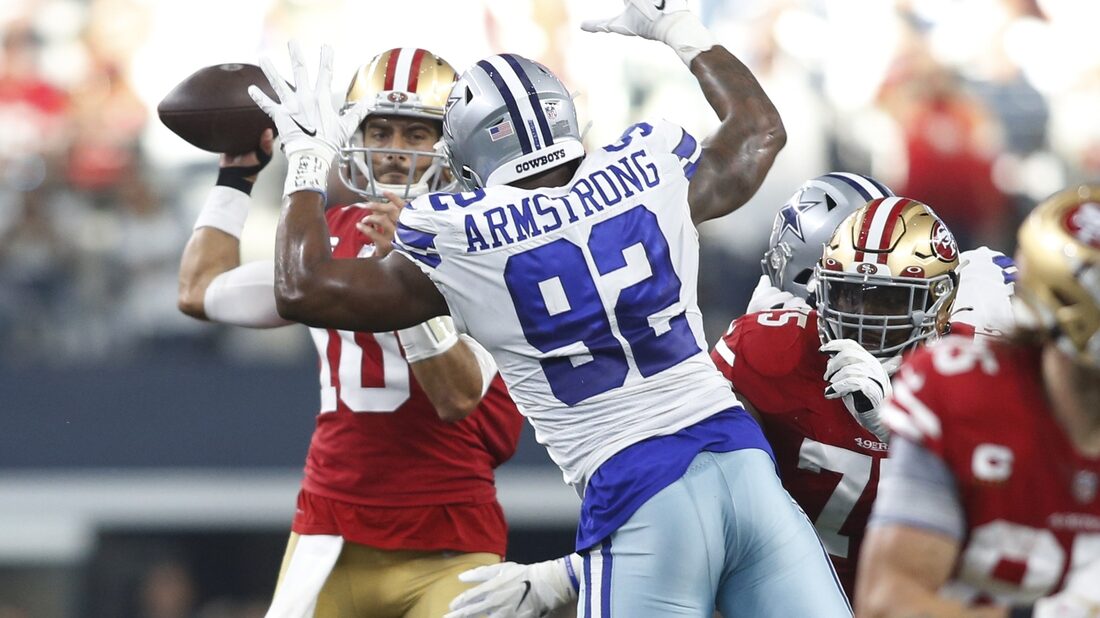 Armstrong’s deal was reported by several outlets to be for two years and approximately $13 million, although the team did not reveal the terms.

Watkins signed a one-year contract, per the team, and Sprinkle’s contract details were not announced or reported.

Dallas has made most of its offseason news by retaining its own players. Twelve Cowboys have re-upped with the organization since the end of the postseason, including prominent performers such as wide receiver Michael Gallup, tight end Dalton Schultz (who signed the franchise tag), defensive end DeMarcus Lawrence, linebacker Leighton Vander Esch and safety Jayron Kearse.

Armstrong, 24, is entering his fifth season in Dallas and while he has not been a regular starter (eight starts in 59 career games), he posted career highs in sacks (five) and tackles (37) in 13 games in 2021.

Watkins, 28, played his first four seasons with the Houston Texans (2017-20) before inking a one-year, $1.75 million deal with Dallas last summer. He posted a career-high 32 tackles last season along with one sack, and owns 106 tackles and five sacks over 57 games (32 starts) since entering the league.

The 27-year-old Sprinkle also joined the Cowboys last offseason after four years with Washington (2017-20). Known more for his blocking, he only had three catches for 31 yards in his 2021 campaign (17 games, four starts). In five seasons, Sprinkle has 37 receptions for 332 yards and three touchdowns in 76 games (37 starts).

In this article:Dallas Cowboys, Houston Texans