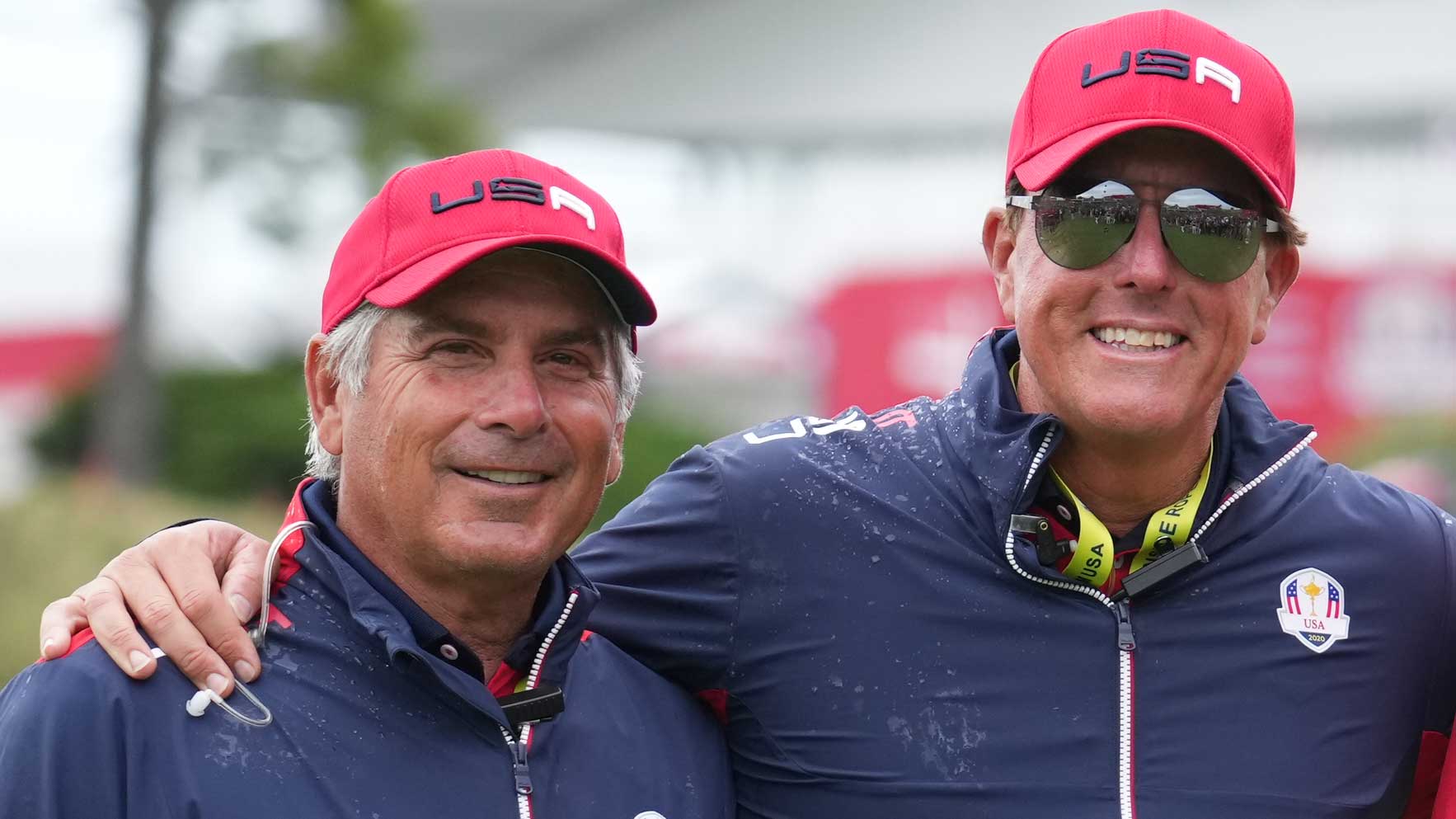 JERSEY CITY, N.J. — Fred Couples, who has captained three U.S. Presidents Cup teams to victory, is leading a different kind of team this week at Liberty National, hard against the Hudson River across from Lower Manhattan. His charge this time around: the U.S. squad at the Icons Series, a new match-play event that pits 12 golf-mad athletes from the U.S. against their counterparts from across the world.

Couples has some strategizing to do before the matches begin in earnest Thursday morning: Should he pair up former NFL running backs Reggie Bush and Marshall Faulk, for example, or would he be better off cross-pollinating athletes from different sports, matching, say, ex-MLB pitcher John Smoltz with hoopster-turned-college golfer J.R. Smith. Decisions, decisions…

Alas, as Couples paced the property with a reporter on Wednesday, the former Masters champion was mulling another decision, one that has dominated the golf-news cycle in recent weeks: the choice many of his fellow PGA Tour players have made to sever ties with the PGA Tour and sign lucrative deals with the upstart Saudi-funded LIV Golf series.

As Couples strolled to the range under sun-splashed skies one of his Icons players caught up to him: 28-time Olympic medalist and avowed golf nut Michael Phelps.

“Let me ask you a question,” Couples said to the swimming legend. “You win the L.A. Open or a LIV [event] — L.A., you get a million-nine, LIV you get four [million]. What trophy would you rather have in your house?”

In this article:featured, phil mickelson