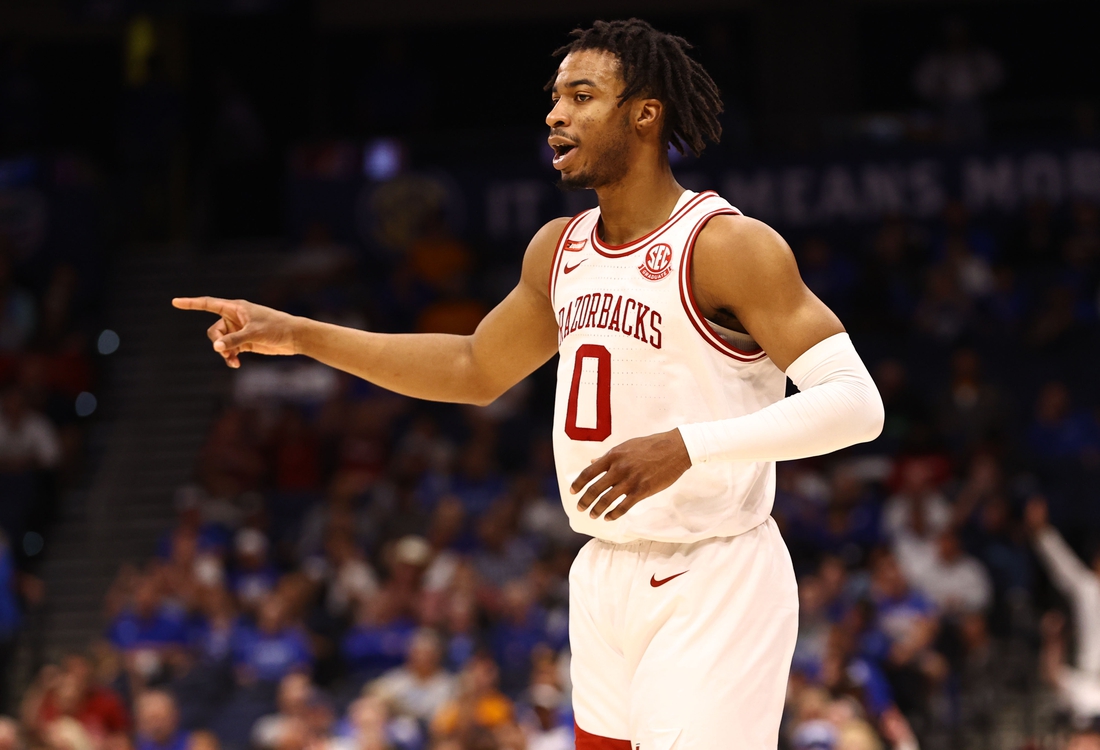 Arkansas aims to reach the Sweet 16 of the NCAA Tournament for the second straight year Saturday night when it faces 12th-seeded New Mexico State in Buffalo, N.Y.

The Razorbacks reached the Elite Eight last year before falling to eventual champion Baylor. On Thursday, #4 seed Arkansas (26-8) took the initial step on what it hopes is a lengthy journey through the West Region with a 75-71 victory over 13th-seeded Vermont in the first round.

“When we saw our name on Sunday in the tournament, we came here to win,” Arkansas coach Eric Musselman said after Thursday’s win. “We expected it to be a hard-fought game. We’ll go into that same mentality Saturday. Fear nobody. Respect everybody.

The Western Athletic Conference champion Aggies (27-6) recorded their fourth straight victory with a 70-63 upset of fifth-seeded UConn on Thursday. Teddy Allen erupted for 37 points for New Mexico State, which followed in the footsteps of 15th-seeded Saint Peter’s (East Region) and 12th-seeded Richmond (Midwest) in recording bracket-busting upsets in the first round.

Arkansas, in turn, received all it could handle before turning away the upstart Catamounts.

“You know coming in that every possession, we are going to have to fight,” said Stanley Umude, who finished with 21 points, nine rebounds and zero turnovers in 40 minutes.

“I don’t think we came in relaxed or anything. We came in ready to go, and I think the upsets going around, it’s March, so we just have to be ready.”

JD Notae was ready in the second half, during which he scored all 17 of his points to pace Arkansas. Notae, who averages team-best totals in points (18.4), assists (3.7) and steals (2.1), said he felt he needed to throw caution to the wind after halftime on Thursday.

“Just got to be more aggressive,” he said. “I feel like I settled too much in the first half. Second half, I got downhill a little more, made plays for my teammates, and I thought it was out on me, honestly.”

Allen appeared to take that approach for New Mexico State on Thursday night, making 10 of 24 shots from the floor — including 4 of 7 from 3-point range. He also sank all 13 of his free throws to seal the win.

The Aggies held a 26-25 edge in rebounds over UConn to record their first NCAA Tournament win since topping Nebraska in the first round in 1993. They had lost 12 straight NCAA tourney games before the upset of the Huskies.

“I know our fan base has not been hungry for it,” New Mexico State coach Chris Jans said. “They’ve been starving for it.”