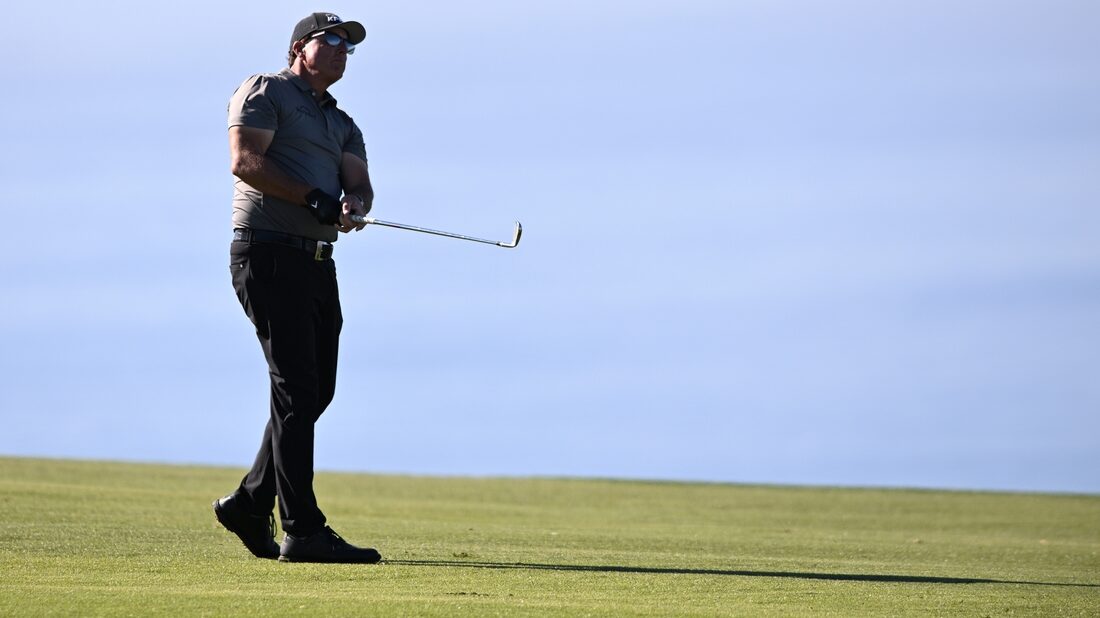 PGA Tour commissioner Jay Monahan said Tuesday that a conversation will be required with Phil Mickelson “when he’s ready to come back.”

Monahan averted answering a direct question about whether Mickelson was — or would be — suspended.

“He stepped away on his own accord, and he’s asked for time,” Monahan said. “He’s been given that time. We don’t comment on disciplinary matters, potential matters or actual matters. But every player is accountable for their actions out here.”

Monahan said he hasn’t spoken with Mickelson since the latter’s controversial comments weeks ago regarding the Saudi-backed Super Golf League (SGL).

Among other things, Mickelson said he was willing to look past the human rights abuses of the “scary” Saudis in order to get some leverage with the Tour on economic matters.

Mickelson, 51, later apologized for his comments, adding that he was taking a sabbatical from golf.

“I think the ball is in his court,” Monahan said. “I would welcome a phone call from him. … When he’s ready to come back to the PGA Tour, we’re going to have that conversation. That’s a conversation I look forward to.

Monahan addressed the SGL in his opening remarks at Ponte Vedra Beach, Fla.

“The PGA Tour is moving on,” Monahan said. “We have too much momentum and too much to accomplish to be consistently distracted by rumors of other golf leagues and their attempts to disrupt our players, our partners and most importantly our fans from enjoying the Tour and the game we all love so much.

“I am grateful for the strong support our top players have shown recently and publicly, and I’m extremely proud that we’ve turned the conversation around to focus on what we do best: delivering world-class golf tournaments with the best players to the best fans, all while positively impacting the communities in which we play. We are and we always will be focused on legacy, not leverage.”