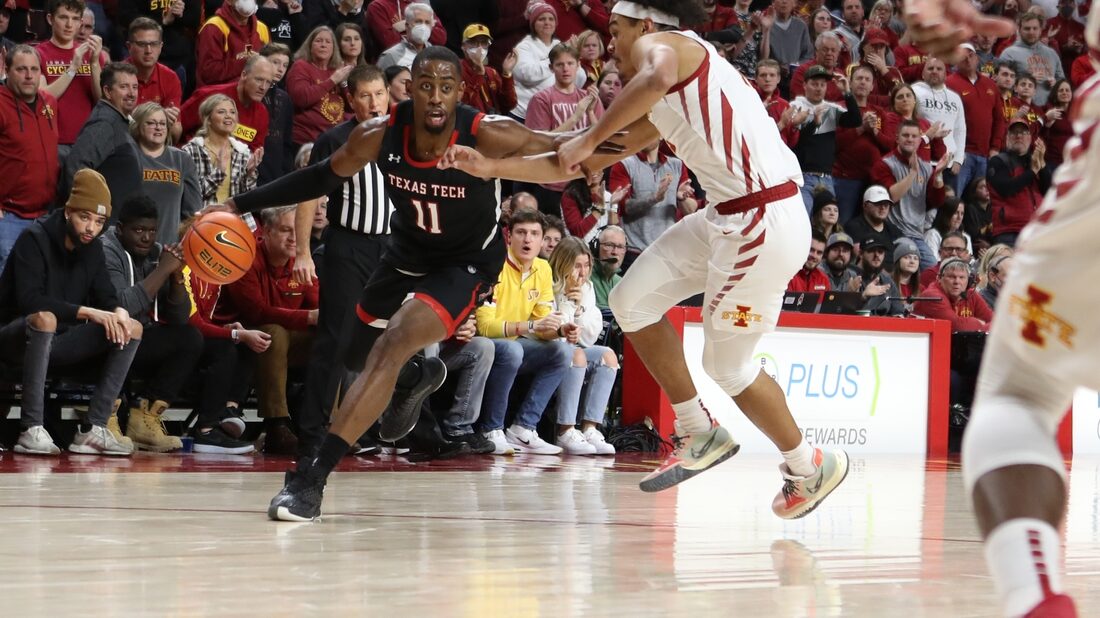 The Big 12 is likely to be a six-bid league for the upcoming NCAA Tournament, and two teams seemingly assured of an invitation will square off in the second round of the conference tournament Thursday when Iowa State plays #14 Texas Tech.

Each team has exceeded expectations this season.

Iowa State (20-11) was coming off a 2020-21 season that saw the Cyclones go 2-22 and 0-18 in the conference. It cost Steve Prohm his job, with T.J. Otzelberger returning to Iowa State after two previous stints as an assistant coach.

All the Cyclones did was win their first 12 games, including victories over a pair of ranked teams, and reach #8 in the rankings. They stumbled in Big 12 play but split the season series against Texas Tech with each team winning at home.

“The first half, we came out a little bit on our heels,” Otzelberger said. “We were a little carless with the ball. We didn’t have toughness on the glass. Our guys fought from that point all the way forward to claim that lead late in that second half. Unbelievable heart and spirit from our guys.”

Texas Tech (23-8) was picked in the preseason to finish fourth in Big 12 play, but there still was plenty of doubt circling the program after head coach Chris Beard left to return to Texas, his alma mater. However, longtime assistant Mark Adams has delivered after being promoted to the top job.

Adams used the transfer portal to build a team that debuted in the rankings in Week 6 and reached as high as #9.

For his efforts, Adams was named the AP Big 12 Coach of the Year. But he was more interested in talking about Williams, who was a first-team All-Big 12 selection.

“He’s had such a great career and a great senior year with us,” Adams said. “I don’t know how much more we could ask of him. He’s fun to coach and I’m so excited that he could receive these accolades. He’s just a great scorer and he’s going to have a great future after he’s finished here.”