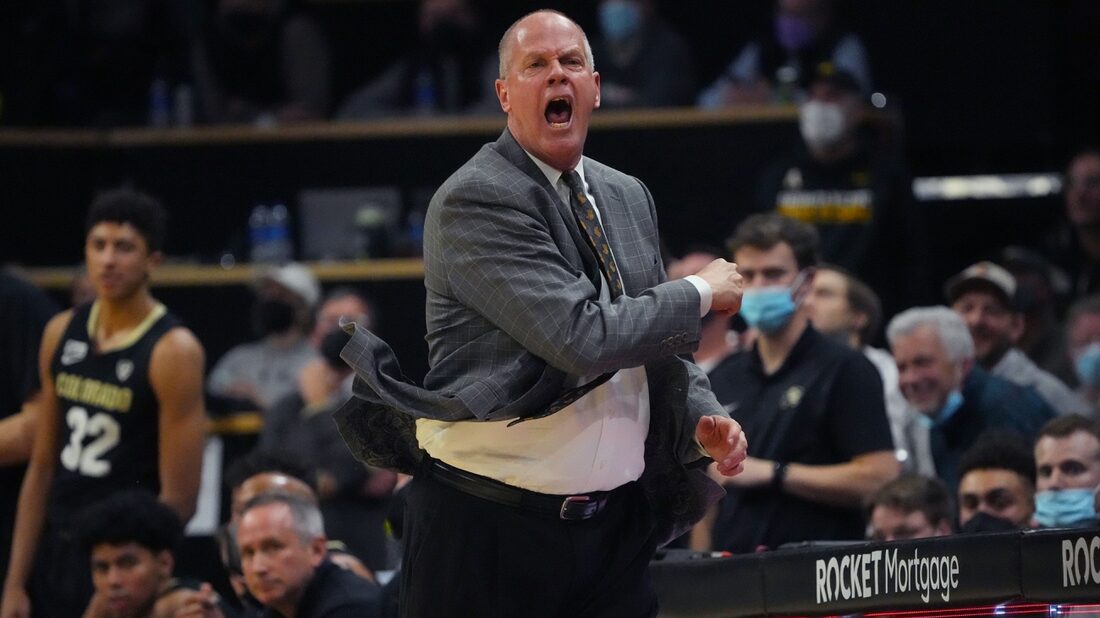 With seven wins over its last eight regular-season games, Colorado took the fourth seed in the Pac-12 men’s basketball tournament and earned itself a first-round bye.

The Buffaloes get fifth-seeded Oregon on Thursday afternoon at T-Mobile Arena in Las Vegas in a conference quarterfinal, after the Ducks got by Oregon State 86-72 on Wednesday.

Colorado is 15-9 in Pac-12 tournament games. The Buffaloes were the runners-up last season, and have four semifinal round appearances, including two of the last three.

Colorado is 8-2 in the championship as the higher seeded team, 7-7 as the lower seed. Five of Colorado’s nine Pac-12 tournament losses have come to the top two seeds, according to the school’s athletics website.

Colorado has 13 20-win seasons in program history, nine of which have come under head coach Tad Boyle. The Buffaloes have won at least 20 games the last four seasons.

Jacob Young had 23 points and 11 assists to lead the Ducks over the Beavers in the first round, Quincy Guerrier had 20 points and N’Faly Dante 15 with five blocked shots.

Oregon made 17 of 26 second-half shots to pull away from 12th-seeded Oregon State down the stretch. Several times, it looked like the Ducks would run away with a fairly easy win. Oregon scored the game’s first 12 points and held several double-digit leads, but the Beavers kept fighting back despite never taking the lead.

Oregon will be without starting guard Will Richardson, who is the team’s leading scorer at 14.1 points per game. The Ducks played without Richardson in their regular-season finale at Washington State last week, and prior to Wednesday’s tournament game, he was ruled out for the Pac-12 tourney with non-COVID related illness.

In this article:cbb-ore, colorado, ncaab, oregon