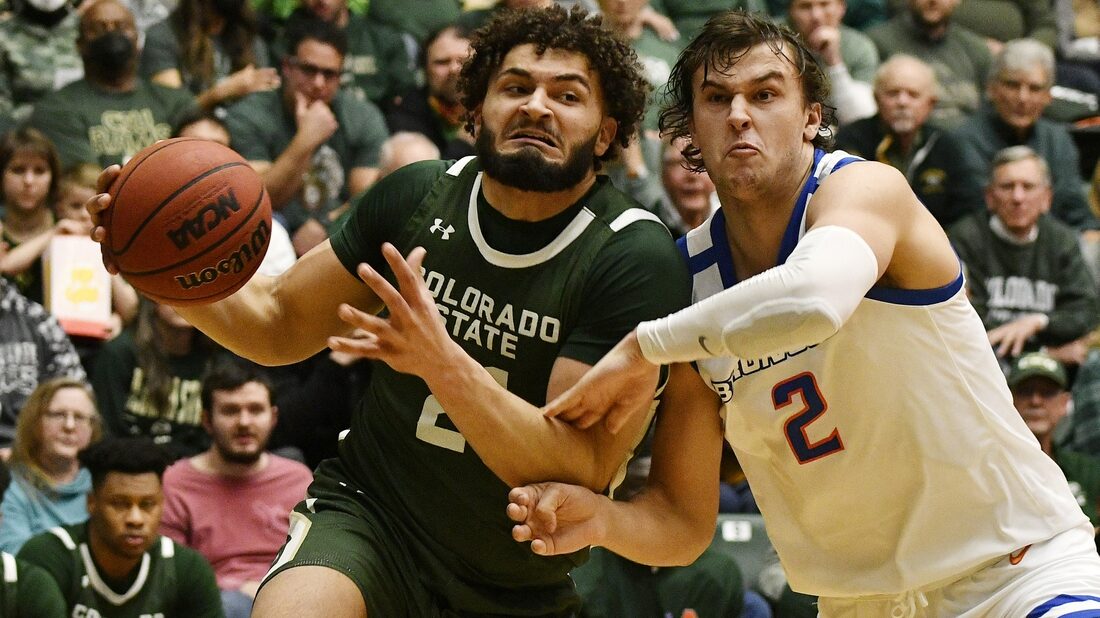 Two of the hottest teams in the Mountain West meet for the third time this season when #23 Colorado State faces San Diego State in the conference semifinals on Friday in Las Vegas.

Top-seeded Boise State and fourth-seeded Wyoming face off in the other Mountain West semifinal.

The Rams and Aztecs split this season’s first two meetings. San Diego State bombarded visiting Colorado State 79-49 on Jan. 8, with the Rams avenging the loss on Feb. 4 when David Roddy hit the winning jumper with 6.3 seconds left for a 58-57 victory in Fort Collins, Colo.

Last season, Colorado State notched the biggest comeback in school and Mountain West history, rallying from 26 down to post a 70-67 win at San Diego State.

Both sides expect another tussle on Friday even though the schools are virtually assured of NCAA Tournament spots.

“It will be a good one,” Aztecs guard Trey Pulliam said after scoring 10 points against Fresno State. “We beat them the first time, second time we lost to them on a last-second shot. We owe them one so it will be a good battle.”

Bradley scored just seven points against Fresno State to see his average drop to 17.4 per game.

Roddy averages 19.3 points and 7.6 rebounds, but he wasn’t the hero against Utah State, though he did have 13 points and six rebounds.

Isaiah Stevens had the ball as the clock wound down and drove into the lane. He spotted Jacobs, who caught the pass and laid the ball in for his lone points of the contest.

“I was just trying to be aggressive and get downhill,” Stevens said of the decisive play. “Once I started to see the defense rotate over, we have a designed cut when that happens, and I was just able to find an open man for a layup.”

The outcome was just a little too close for Colorado State coach Niko Medved, who has seen his team produce two of its three lowest-scoring outings of the season in the past five games. The lowest was the January loss at San Diego State.

“I thought there were some nerves for some guys a little bit,” Medved said. “I know these guys enough to sense it, you know, kind of fumbling the ball a little bit. Even though we’ve been in a lot of the games, this is a different stage. I think we’ll play a little bit looser (on Friday).”

The semifinal could turn into another grind-it-out affair, which is a San Diego State specialty.

The contest against Fresno State marked the sixth time the Aztecs held an opponent under 50 points this season. San Diego State dipped its points allowed to 57.8 per game, second nationally behind North Texas (55.4).

Not surprisingly, Aztecs coach Brian Dutcher isn’t interested in tinkering with the approach.

“Our fundamentals are our fundamentals,” Dutcher said. “So we’ll take away 3-point shots from the good shooters. We’ll try to double Roddy where we can, and just try to be solid defensively.”