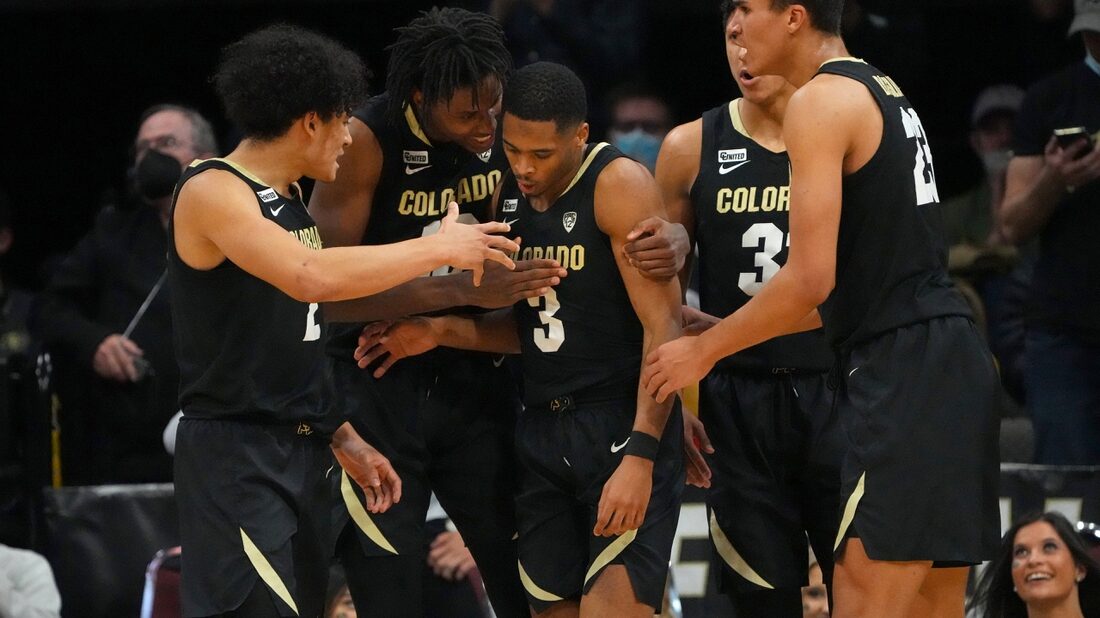 Colorado is showing evidence of being a team no one wants to face in the upcoming Pac-12 postseason tournament.

The Buffaloes (19-10, 11-8 Pac-12) can clinch a #4 seed and first-round bye in the tournament if they can complete a regular-season season sweep over Utah when the two rivals meet in Salt Lake City on Saturday. Colorado put itself in a favorable position with a 79-63 upset victory over #2 Arizona a week ago.

Everything fell into place for the Buffaloes against the Wildcats. They shot 65.5 percent from the field in the second half. Tristan da Silva set the pace, scoring 19 points on 7-of-10 shooting. Jabari Walker added 15 points and 14 rebounds for his 15th double-double of the season.

Their efforts helped Colorado beat a #2-ranked opponent for the first time since 1992 and just the second time in school history. And it came on the heels of a disappointing 82-65 loss to Arizona State only two days earlier.

“It’s hard to write a script that’s better than this without a doubt,” Colorado coach Tad Boyle said.

With a NET ranking in the mid-70s and only five total Quad 1 and Quad 2 wins, Colorado will likely need to win the Pac-12 Tournament to secure an NCAA Tournament berth. The Buffaloes have won six of their last seven overall and seem to be peaking at the right time to be a bid thief.

Utah is simply looking to end a disappointing season on a positive note.

The Utes (11-18, 4-15) have lost two games in a row after dropping a pair of home contests to Arizona and Arizona State last week. Their 63-61 loss to the Sun Devils, in particular, carried an extra sting.

Utah rallied from a 14-point deficit and tied the game with 1:14 left, but Marreon Jackson later scored the game-winning layup with six seconds remaining. Marco Anthony paced the Utes with a season-high 19 points on 7-of-12 shooting.

For the Utes, the pair of losses came on the heels of two road wins over Stanford and California a week earlier.

“We just looked different this weekend than we did last weekend,” Utah coach Craig Smith said.

Colorado rallied after trailing for 35 minutes to edge Utah 81-76 when the two teams met in Boulder on February 12.

In this article:colorado, ncaab, utah