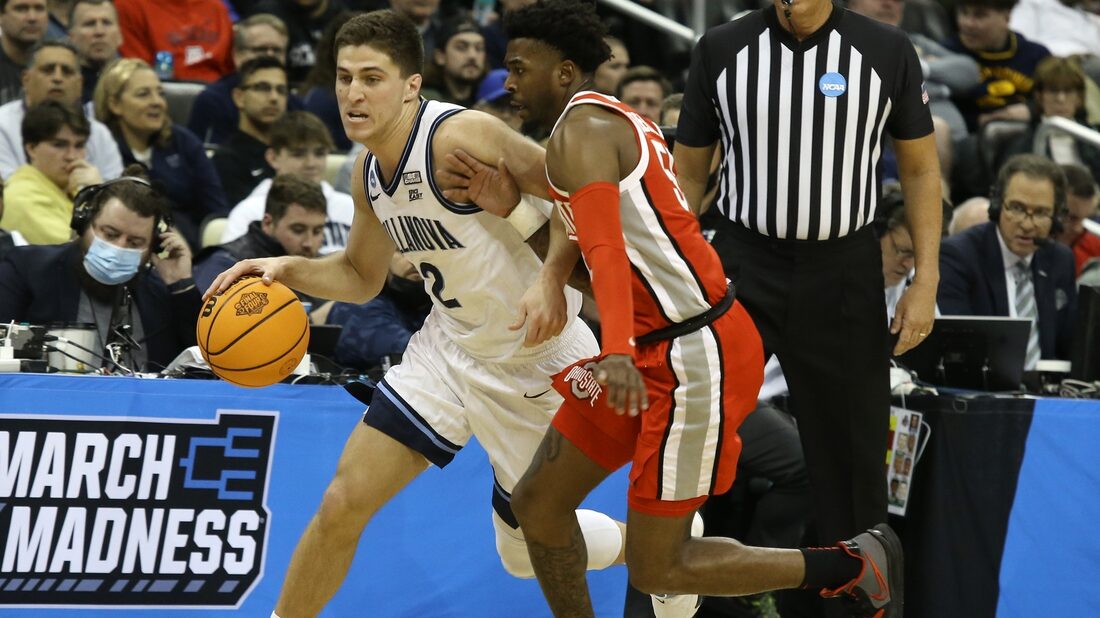 Collin Gillespie scored 20 points to lift second-seeded Villanova to a 71-61 win over seventh-seeded Ohio State on Sunday in the second round of the NCAA Tournament’s South Region in Pittsburgh.

Jermaine Samuels added 17 points, Eric Dixon contributed 13 and Caleb Daniels had 11 for the Wildcats (28-7), who will face 11th-seeded Michigan in the Sweet 16.

“They had a stretch where they were hitting shot after shot, and we just said ‘Attitude,'” Gillespie said. “We stuck together, came together and just told each other let’s get this next stop and try to make the next play.”

Villanova has won seven in a row overall and 12 of its last 13 games.

Gillespie scored 10 points in a row as Villanova surged to a 17-7 lead with 12:25 remaining in the first half.

The Buckeyes closed within 27-22 before Villanova scored six straight points, including a nifty layup by Samuels.

Liddell banked in a 3-pointer with the shot clock winding down and Ohio State cut the deficit to nine just before halftime.

Daniels was fouled 1.4 seconds before the buzzer sounded, and he hit both shots to give the Wildcats a 39-28 lead heading into halftime. Gillespie paced them with 12 points.

Liddell led Ohio State with 12 points on 4-of-7 shooting.

Villanova quickly moved ahead 44-29 early in the second half after a jump hook and a 3-pointer from Dixon.

Zed Key gave the Buckeyes a lift off the bench and made one of two free throws with 10:03 remaining as they trailed 55-46. On their next possession, Branham hit a trey and the deficit was six.

Branham soon hit a difficult bank shot and Ohio State pulled within 57-53 with 7:51 to go.

Justin Moore responded with a clutch 3-pointer for the Wildcats.

Jamari Wheeler made a trey from the wing and the Buckeyes trailed 60-58 with 5:41 remaining.

Villanova tightened defensively and took a 64-59 advantage with 3:55 left.

Dixon then hit a 3-pointer from the wing with 1:38 left for an eight-point lead.