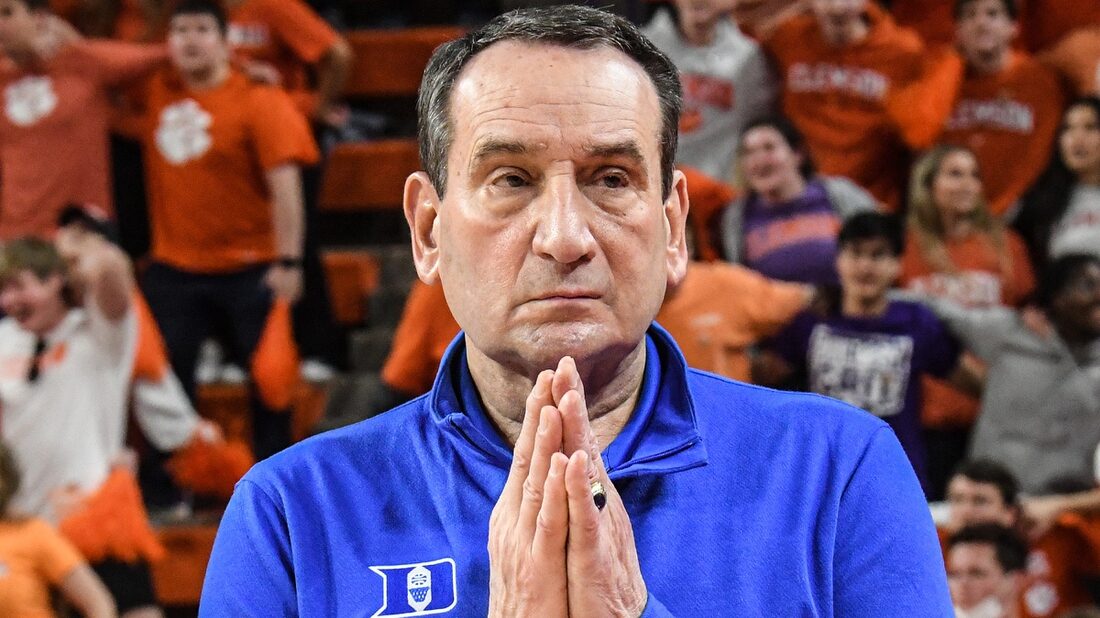 The attention focused on Duke could reach another level as coach Mike Krzyzewski enters his final NCAA Tournament.

While the Blue Devils are accustomed to the limelight, it’s a bit of a different situation for Cal State Fullerton.

“Extremely hungry, extremely motivated,” Duke junior forward Wendell Moore Jr. said. “We definitely feel like we have something to prove every time we step out on that court, so now we get a chance to prove it for one last time.”

Bettors are also climbing on the emotional storyline in droves.

While many Nos. 1-2 seeds see split action as heavy favorites, Duke is drawing one-sided action ahead of Friday’s game at sportsbooks including BetMGM, DraftKings, FanDuel and PointsBet despite being a 17.5-18.5-point favorite.

Despite losing to Virginia Tech in the ACC championship game, Duke is also one of the heaviest-supported teams to be crowned the NCAA champion. The Blue Devils are the third-biggest liability at BetMGM, where they have drawn 7.7 percent of the total tickets and 7.6 percent of the handle at +1400.

Duke (28-6), which is the #2 seed in the region, hasn’t played in the tournament since 2019, so this is new territory for most of the Blue Devils in uniform.

Not so much for their Hall of Fame coach, who has directed teams to five national titles.

At most, Krzyzewski has six games remaining in his legendary coaching career — and that would be if the Blue Devils advance to the national championship game.

“There’s no second chances for anybody — that’s what makes the tournament the best thing in sport, really,” Krzyzewski said. “If you don’t win, you’re out.”

As the attention heightened on Duke during recent weeks, there have been a variety of results. The Blue Devils rolled during their final three true road games, including a victory in front of the largest crowd of the season at Syracuse. Then came a loss to North Carolina in the home finale before they were challenged twice in the Atlantic Coast Conference tournament while reaching the final.

There, they stumbled to Virginia Tech 82-67 in Saturday night’s final.

“I thought our defense really took a dip,” Krzyzewski said. “Before this next game, we have to get back to playing Duke defense. We’ll have a better chance of winning if we can do that.”

Cal State Fullerton (21-10) won the Big West tournament to secure an automatic bid to the NCAAs. The Titans are the #15 seed.

Yet they might feel confidence under Dedrique Taylor, who’s the first coach to take Cal State Fullerton to two NCAA Tournaments and the second to guide the Titans to multiple seasons of 20 or more wins.

“The first thing is that we have to understand who we are and we have to be the best version of that,” Taylor said after the pairings were announced.

The Titans say that Taylor has created the ideal course for this team. They don’t want their coach overlooked.

“Everything is a journey,” guard Damari Milstead said. “I’m so appreciative (of Taylor). He made me not only a better player, but a better man.”

Cal State Fullerton’s roster has one player with NCAA Tournament experience. That’s forward E.J. Anosike, who was with Tennessee last season and then this month was the Most Valuable Player of the Big West tournament.

Duke is accustomed to holding high seeds. The Blue Devils have been a #1 or #2 seed in 20 of their past 24 NCAA Tournament appearances.

“Every game is a tough one, so we’re going to be ready for it,” Moore said. “It’s going to be so much fun doing it with this group of guys here. I can’t wait to get going.”

This will be the first matchup between the teams. Duke holds a 4-0 mark against teams from the Big West.

The winner of the Cal State Fullerton-Duke game will take on either seventh-seeded Michigan State or 10th-seeded Davidson, which will meet in Friday’s nightcap, on Sunday.