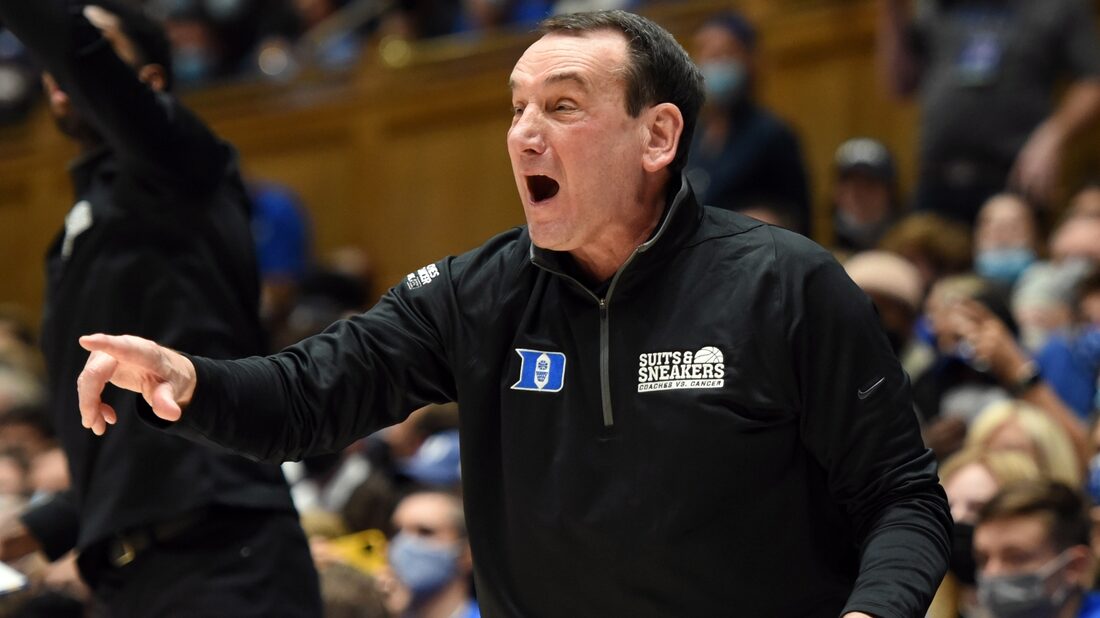 All 208 former players were invited to Durham, N.C., to see the legendary coach off the floor following the second meeting of the season between his #4 Blue Devils and rival North Carolina.

Tickets for the game are a precious commodity, exceeding $10,000 in the secondary market, and ESPN will offer multiple broadcast feeds of the game.

“One of the most unique venues in the world,” Krzyzewski said of Cameron, a relatively tiny home court (9,314 is capacity) by major conference college basketball standards.

Krzyzewski has been honored at most stops along the way this season and recently admitted he was fighting back a lot of emotion last weekend at Syracuse because of his bond with Orange coach Jim Boeheim.

Before playing at Pitt this week, Panthers coach Jeff Capel — a former Duke point guard and assistant coach — presented Krzyzewski with a trophy of a clenched fist, symbolic of their 30-year relationship and the bond they share.

Krzyzewski, 75, said Saturday is not a goodbye to Duke. But his plans after the NCAA Tournament and into retirement revolve around family.

“I think things that I will look at are, hopefully, when I’m with Mickie spending some time in Europe,” Krzyzewski said. “You’re visiting places that are not just cathedrals, but historic places that are old. But they’re not old, you know. They’re old in age.”

Duke has already wrapped up the outright ACC regular-season title and is pushing to be a #1 seed in the NCAA Tournament.

Whether the Blue Devils add a banner to the rafters in the building is to be determined. Former player Jon Scheyer, now a Duke assistant, is set to take over and become only the second coach of the program since March 18, 1980, when Krzyzewski was hired. He won five national championships at Duke.

In this article:cbb-duke, duke, ncaab