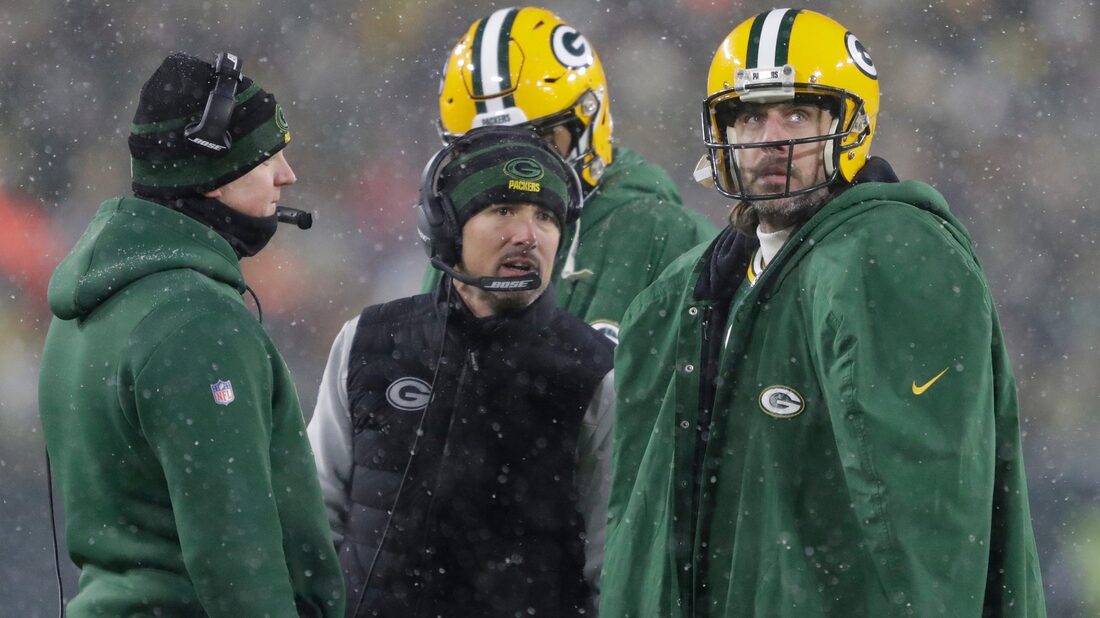 Aaron Rodgers planned to decide whether to stay with the Green Bay Packers by the end of February. Eight days later, the reigning NFL MVP remains in limbo.

Rodgers also said in January following a home playoff loss to the San Francisco 49ers that he would make a decision on his future before the franchise tag deadline, which is Tuesday at 4 p.m. ET.

The quarterback officiated the wedding of teammate David Bakhtiari over the weekend as the clock ticked for the Packers, Rodgers and wide receiver Davante Adams. Adams is expected to be designated the team’s franchise player for 2022 while the Packers sort out a messy salary cap situation.

On Monday, ESPN reported Rodgers received a new contract offer from the Packers that would “reset the QB market,” implying an annual salary exceeding the $45 million per season the Kansas City Chiefs pay Patrick Mahomes.

Rodgers, 38, was named MVP in February, claiming the honor for the second consecutive season.

Rodgers and the Packers mapped this climactic decision day as a step forward last offseason, when the level of acrimony between general manager Brian Gutekunst and Rodgers became apparent before the 2021 draft.

Gutekunst said in February the team placed “no deadlines” on Rodgers and would work to build a roster ready to compete for a Super Bowl. Gutekunst said the Packers “absolutely” want Rodgers back for his 18th season with the franchise.

In a May 2021 interview, Rodgers openly questioned the franchise’s loyalty, confessed he was bothered by the team drafting quarterback Jordan Love in the first round in 2020 when the roster had other needs, and came clean about his disdain for decisions to let veterans leave in free agency.

But a restructured contract and the idea that the 2021 season was set up as a potential “last dance” helped Rodgers and the front office find improved harmony. He has heavily involved in discussions about personnel, including the Packers trading for wide receiver Randall Cobb, and when offensive coordinator Nathaniel Hackett became head coach of the Denver Broncos, Gutekunst and Green Bay head coach Matt LaFleur looped in Rodgers on the call to hire Tom Clements as the quarterbacks coach.

Among teams reportedly waiting on a Rodgers decision with trade offers are the Denver Broncos, Pittsburgh Steelers and Tampa Bay Buccaneers.