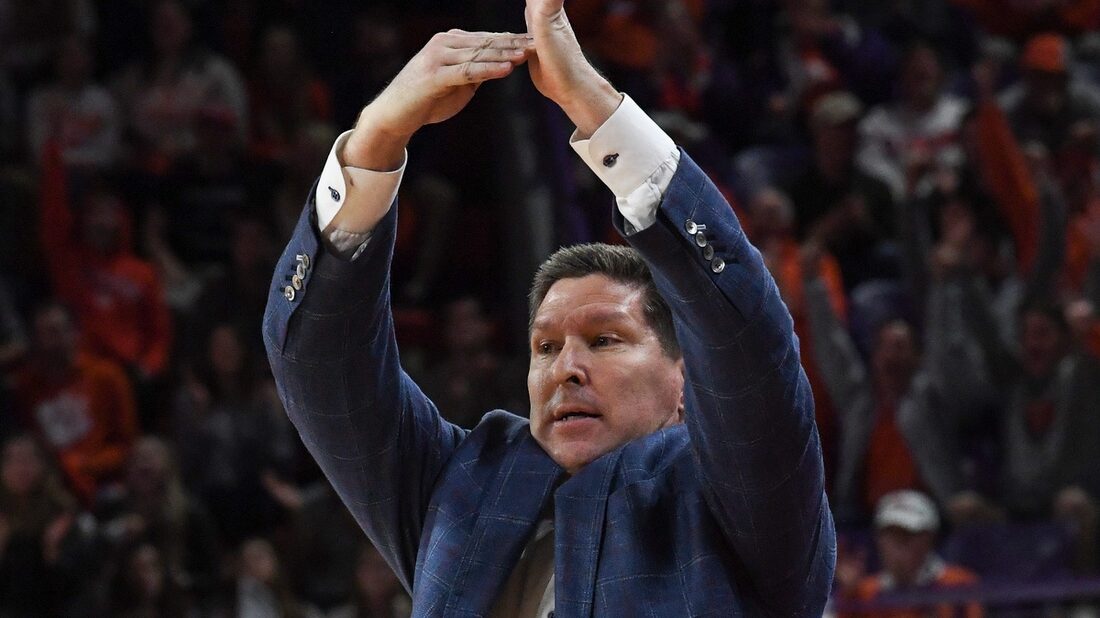 P.J. Hall came off the bench to score 12 points as Clemson knocked off Virginia Tech 63-59 Saturday in an Atlantic Coast Conference game in Clemson, S.C.

Hall, the Tigers&rsquor; leading scorer this season, played in his first game since reaggravating a sore foot in the first minute of a game at Louisville on Feb. 19, made 5-for-9 shots from the floor and scored four consecutive points to give Clemson the lead for good with 3:12 remaining, 58-54.

Virginia Tech, which had won nine of 10 entering the game, pulled within one, 60-59, on a pair of free throws by Justyn Mutts with 44 seconds left, but the Tigers&rsquor; Hunter Tyson sank a jumper in the lane and Chase Hunter made the front end of a one-and-one to preserve the win for Clemson on Senior Day.

The Tigers (16-15, 8-12 ACC) closed their regular season with four consecutive victories thanks in large part to Hall, who posted his 26th game in double figures this season. Alex Hemenway added 11 points and made all four of his shots, including 3-for-3 from 3-point range.

Al-Amir Dawes and David Collins each scored 10 for the Tigers, who improved to 11-5 in home games this season.

Alleyne scored 12 first-half points and the Hokies led by nine — their largest lead of the game — at 33-24 with 1:11 left in the half. But Clemson closed the half on a 6-0 run, then Hall scored the first four points of the second half to give Clemson a one-point lead, 34-33.

The game was a back-and-forth affair from there, with neither team leading by more than six points. There were five ties and 10 lead changes in the game.