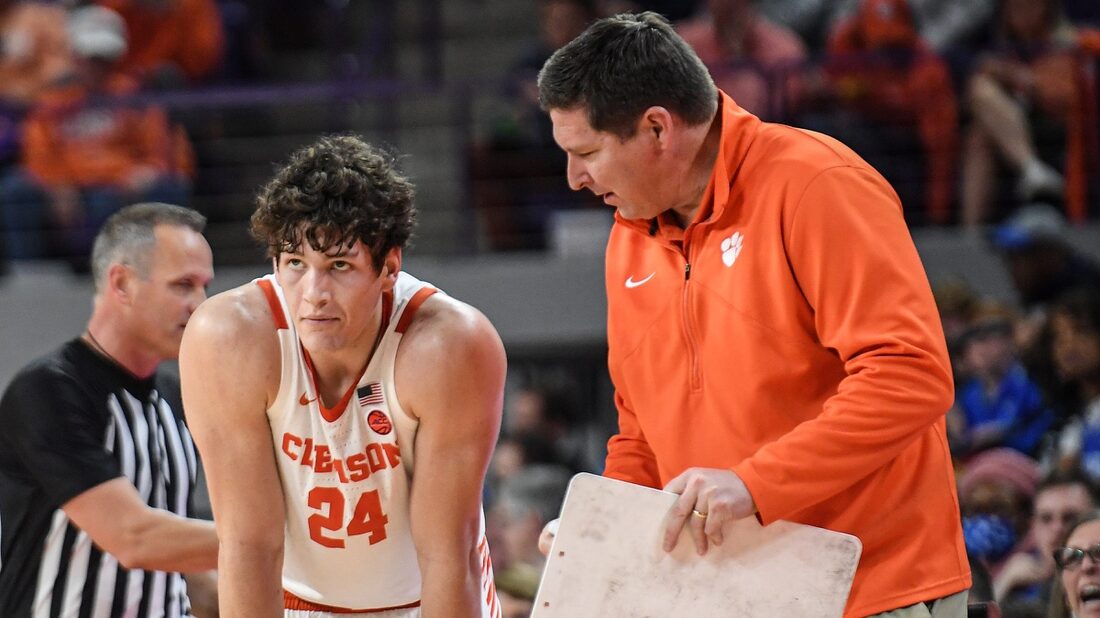 #10 seed Clemson and #15 seed North Carolina State will both put their seasons on the line Tuesday afternoon in the first round of the Atlantic Coast Conference tournament in New York.

Clemson (16-15) will be the highest-seeded team playing on the opening day of the tournament, finishing just one game behind Syracuse for a top-nine position and a first-round bye. North Carolina State (11-20) finished dead last in the ACC with just four conference wins all year.

The winner will take on #7 seed Virginia Tech in the second round of the tournament.

The two teams are coming into the game with opposite momentum. Clemson won its final four regular season games, capped off by a 63-59 win over Virginia Tech on Saturday.

Four Tigers scored in double figures, led by PJ Hall with 12 points and Alex Hemenway with 11 points off the bench. Bench points were one of the keys for the Tigers, who got 41 out of their 63 points from reserves.

“That was a great ending to a very tough game,” Clemson head coach Brad Brownell said. “Both teams grinded on each other, very physical. I was pleased with the way we defended. Our guys hung in there and just kept battling just like we&rsquor;ve kind of done here down the stretch and walked away with a really good, tough win.”

The Wolfpack, on the other hand, have lost four games in a row by an average of 14 points, finishing out the regular season with an 89-76 road loss at Florida State.

Terquavion Smith and Jericole Hellems were terrific with 30 and 21 points, respectively, but the rest of their teammates combined to make only five total shots from the floor.

“I thought the second half we really did some really good stuff,” NC State head coach Kevin Keatts said. “Our guys were really active and locked in. And obviously when you look back at the game, a couple things hurt us. We got beat in transition and we gave up some easy baskets.”

In this article:Clemson, nc state, ncaab