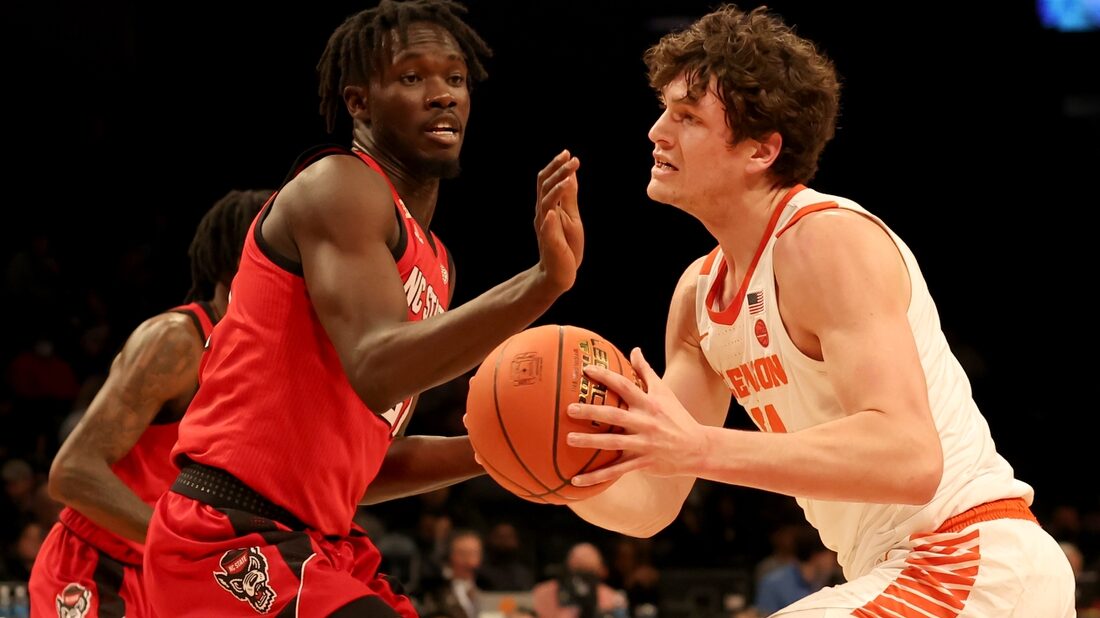 The #10 seed Clemson Tigers extended their season one more day, defeating the #15 seed North Carolina State Wolfpack 70-64 in the opening round of the Atlantic Coast Conference tournament in Brooklyn on Tuesday.

Clemson (17-15) takes on the #7 seed Virginia Tech Hokies in the second round on Wednesday with a spot in the quarterfinals on the line.

N.C. State (11-21) ended its season on a five-game losing streak and with just four victories over conference opponents.

Clemson’s leading scorer PJ Hall stepped up again with a team-high 18 points and 10 rebounds, and Nick Honor scored 13 points for the Tigers. Al-Amir Dawes was a huge contributor with 12 out of Clemson’s 18 bench points, including three 3-pointers.

N.C. State had two players score in double-figures, led by Dereon Seabron with 19 points and 12 rebounds. Jerico Hellens also had 13 points and eight rebounds, but those two players alone accounted for half of the Wolfpack’s scoring.

The Wolfpack shot 4 of 23 (17.4 percent) from 3-point range, and Clemson was not much better: 6 of 23 (26.1 percent) from beyond the arc. Defense ended up being one of the deciding factors of the game, as the teams only combined for 23 assists on 47 made field goals.

The two teams combined for only 17 turnovers, and that allowed the offenses to keep up pace in a tight game.

Clemson built a lead of 11 with under six minutes remaining. But the Wolfpack pulled within five points at 65-60 on a Jaylon Gibson 3-pointer with 1:15 to go.

N.C. State never quite got over the hump and Clemson kept its composure at the free throw line in the final minute of the game to preserve the win.

The loss marks the end of coach Kevin Keatts’ fifth season at the helm of the Wolfpack. Their 11 wins is the least they’ve had in a single season since the 1993-94 campaign.