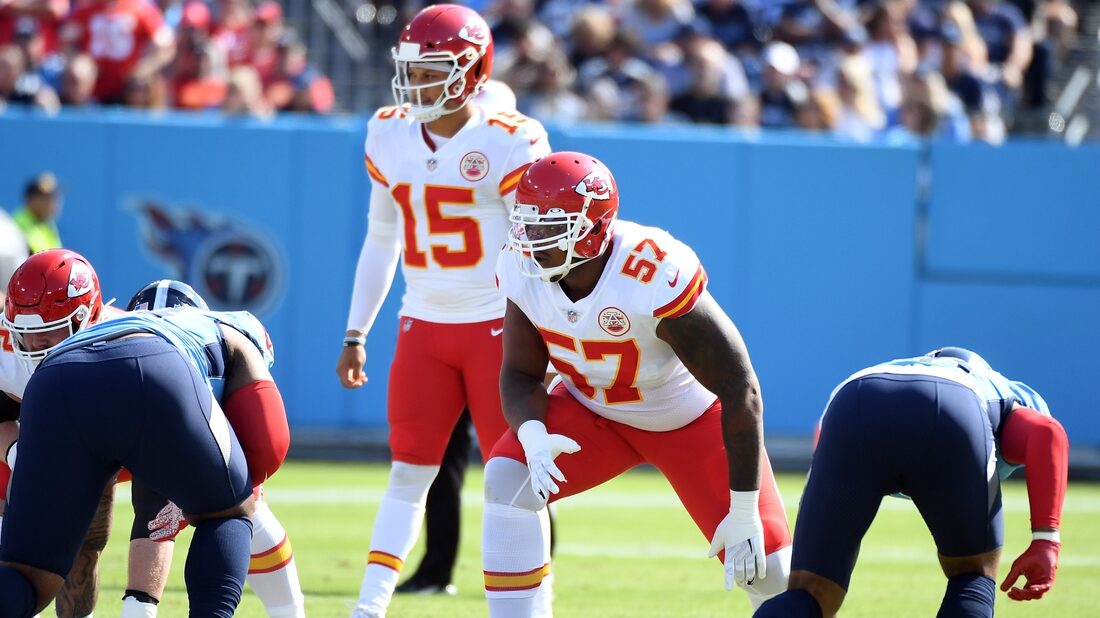 Brown would make approximately $16.5 million on the franchise tag in 2022 if the two sides are unable to work out a long-term deal.

Acquired from the Baltimore Ravens for a first-round pick in the 2021 draft, Brown stabilized the left side of the Kansas City offensive line in a focused overhaul of the Chiefs’ front wall last offseason.

A third-round pick of the Ravens who began his career at right tackle, Brown is a three-time Pro Bowl selection who hiked his value by moving to the left side for the Ravens when Ronnie Stanley (ankle) was lost for the 2020 season.

Tagging Brown shifts the attention of general manager Brett Veach to safety Tyrann Mathieu, who is scheduled to become an unrestricted free agent next week.

Mathieu turns 30 in May and said he would love to be back in Kansas City. But he’s also expected to draw significant interest in free agency.

Signed to a three-year, $42 million deal in 2019, Mathieu was an All-Pro pick in his first two seasons in Kansas City.

A three-time Pro Bowl selection, Mathieu has 26 career interceptions and 10 sacks in 129 career games. He has played for the Chiefs, Texans and Arizona Cardinals.

Veach said he met with reps for Mathieu in Indianapolis but painted a wait-and-see picture that implied the Chiefs would let Mathieu entertain other offers while keeping the door open for his return.

Contract talks with Mathieu were complicated when the Minnesota Vikings and 32-year-old Harrison Smith signed a four-year deal worth $16 million per season in 2021.