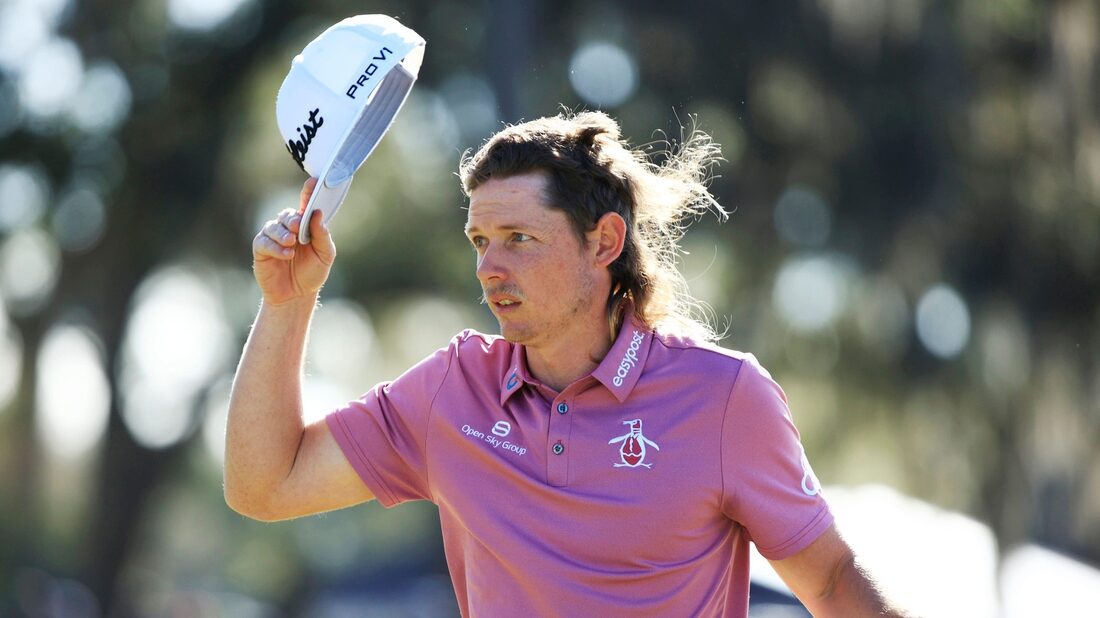 In an era of golf dominated by players trying to smash balls as close to the green as possible, Cameron Smith continues to show how important a world-class short game remains.

The Australian continually worked his way out of trouble with crisp iron shots and clutch putts to win The Players Championship by one shot over India’s Anirban Lahiri in Ponte Vedra Beach, Fla. in a rare Monday finish.

Smith posted a 6-under-par 66 in his final round for a total score of 13-under 275, earning his fifth and biggest PGA Tour victory at TPC Sawgrass. He also claimed a record $3.6 million winner’s check.

Smith trailed Lahiri by two shots when the third round was finally completed Monday morning. Smith eliminated the deficit with four consecutive birdies to begin his final round to take the solo lead at 11 under.

He appeared poised to run away with the biggest victory of his career, but Smith promptly let the lead slip away with three consecutive bogies to finish his front nine.

By the time Lahiri made the turn in the final group, he was one of 12 players within two shots of the lead. That was despite having to take a drop near a merchandise tent after taking an unplayable lie well left on par-3 eighth.

Lahri, Smith, England’s Paul Casey and American Keegan Bradley each held at least a share of the lead at times down the stretch.

Smith struggled mightily off the tee, but he one-putted each of the first six holes on the back nine. After duck-hooking his drive off the par-5 16th, he hit two excellent shots to reach the green in regulation and save par.

Smith then stuck his tee shot on the iconic par-3 17th hole to 4 feet, 4 inches of the cup — taking a massive risk in the 10 feet between the pin and the water. He drained the putt to reach 14 under, making his 10th birdie of the day and his 41st one-putt of the week.

“I’d be lying if I didn’t push it a little bit,” Smith said. “I was trying to hit it over the bunker there and hold it up against the wind, and the wind didn’t really do much for maybe three-quarters of the shot and it held it up right at the end there. That was just awesome.”

With Lahiri playing a hole behind him, it gave Smith a three-shot cushion that proved critical. He pushed his drive on the 18th hole well right into the pine straw and then hooked his punch-out left into the water.

The door now cracked back open, Lahiri capitalized moments later with a birdie of his own on the 17th to reach 12 under.

With Lahiri in the fairway on 18 behind him, Smith hit his fourth shot from 57 yards to within three feet to save bogey with his eighth one-putt over his final nine holes.

He still had one shot to dodge but Lahiri, now one stroke back, mis-hit his approach and left it short and right of the green. He was unable to convert the pitch, settling for par and solo second place at 12 under.

Casey, who caught a terrible break when his drive on the 16th plugged in the fairway, settled for solo third at 11 under. Kevin Kisner birdied three of his final four holes to finish 10 under and claim solo fourth, one better than Bradley, who was 3 over on his final two holes.

Smith, 28, won what many consider golf’s unofficial fifth major with his mother and sister in the gallery. They came in from Australia, and Smith said it was the first time he had seen them in person in more than two years.

Smith now resides in Jacksonville and his familiarity with TPC Sawgrass clearly paid dividends. His 101 putts are the fewest ever by a champion at The Players.

“It’s huge. It’s gonna take a while to sink in, I think,” Smith said. “… I had a lot of fans out there rooting for me today and it was so good of the fans to come out today, on Monday, and give it their all.”

Smith, who won the Tournament of Champions with a PGA Tour-record score of 34 under in January, move into second place in the FedExCup standings and sixth in the Official World Golf Ranking with the victory.

Dustin Johnson tied the course record with a 9-under 63 on Sunday to vault into a tie for ninth — only his second top-10 finish in 13 attempts at The Players.

It was an unlikely finish for the former world #1, who shot 5-over 41 on the back nine of the third round to fall to 4 over for the tournament. Johnson began his final round on the same side of the course but flipped the script with three birdies against a lone bogey to get back to 2 under with nine holes to play.

Johnson reeled off five birdies over his next seven holes and then holed out from 66 yards for eagle on the par-5 ninth hole. That completed a 7-under 29 and helped Johnson become the ninth player to shoot a 63 at TPC Sawgrass.

“I’ve got a little work to do still on the game,” he said. “But obviously it’s in there, just need to get it a little more consistent.”

Defending champion Justin Thomas fell short in his attempt to become the first player to win consecutive titles at The Players. He posted 72-72 over the final 36 holes to settle for a tie for 33rd at 3 under along with a group that also included Rory McIlroy.

World #1 Jon Rahm shot a 5-over 77 in the final round to drop into a tie for 55th. He was at 3 under for the tournament when the Spaniard put two balls in the water on the fourth hole en route to a 9 — his highest score on the PGA Tour by two shots.

Rahm did manage to maintain his spot atop the rankings after entering the tournament with four players having mathematical opportunities to overtake him.