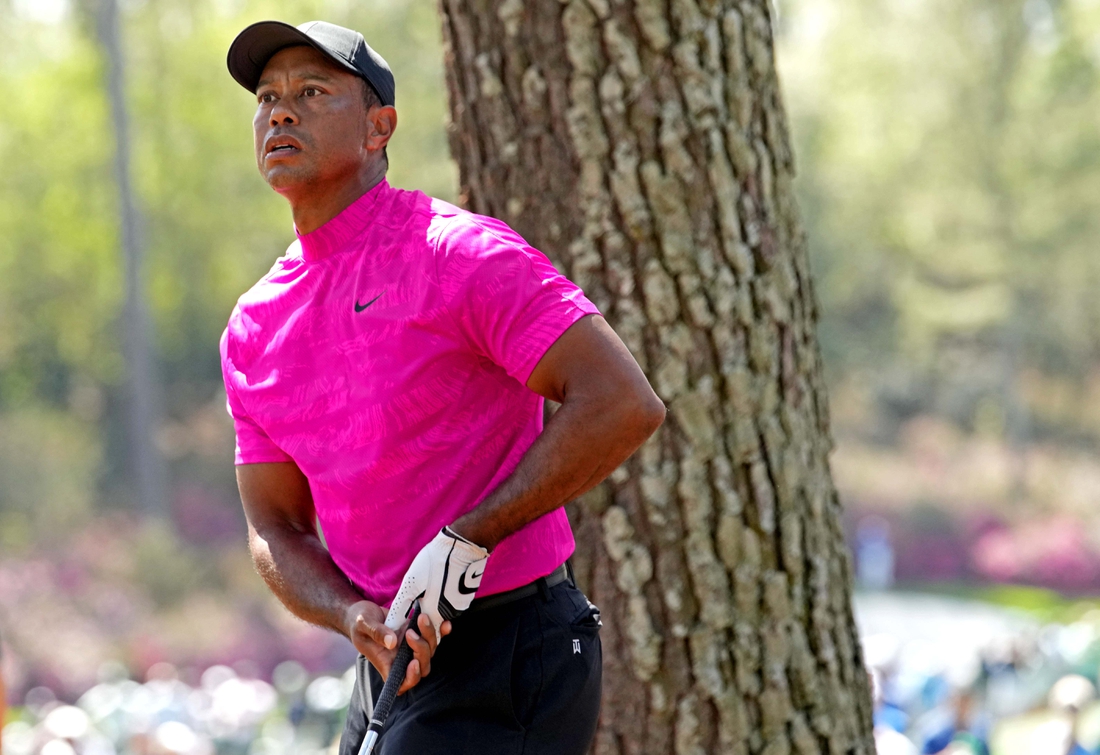 Tiger Woods made his long-anticipated return to competitive golf Thursday with a 1-under-par 71 in the first round of the Masters, while Cameron Smith of Australia shot a 4-under 68 to take the lead midway through the round at Augusta National Golf Club.

Three men were in the clubhouse with rounds of 3-under 69: Joaquin Niemann of Chile, one of Woods’ playing partners; England’s Danny Willett, the 2016 Masters champ; and world #1 Scottie Scheffler, who was bogey-free with four birdies through 17 holes before he bogeyed #18 to slip out of the lead.

Woods played in an official event for the first time since his single-car accident on Feb. 23, 2021, that left him in need of multiple surgeries on his right leg. His last round on the PGA Tour came at the pandemic-delayed 2020 Masters in November of that year.

After a 15-foot, right-to-left birdie putt lipped out at #5, Woods made up for it at the par-3 sixth with his highlight of the day. Hitting a 6-iron, he stuck his tee shot 2 feet away from the pin and tapped in for birdie.

Woods gave one back at the par-5 eighth. His third shot missed short of the green and two shots later he missed a mid-length par putt. He converted a two-putt birdie at the par-5 13th before his tee shot at the next hole missed badly left, and he was unable to get up and down for par.

At the par-3 16th, the 15-time major champion drained a 29-foot birdie that swept right to left, eliciting his signature fist pump. He returned to 1 under with the putt and saved par on the final two holes.

“I’ve been saving (my body),” Woods told ESPN. “I felt good. The whole idea was to keep pushing it, but keep recovering. That’s the hard point, is each and every night to recover. I’ve been doing that.”

In that vein, Woods knew what the rest of his day would look like before his second-round tee time Friday afternoon.

Smith recovered from a double bogey at the par-4 first hole with eight birdies. He broke out of a pack at 3 under with three straight birdies at holes 14-16.

But a wayward tee shot on the last hole led to another double bogey 6, cutting down what could have been a three-stroke advantage.

Scheffler, in his first tournament since obtaining the #1 world ranking, made consecutive birdies at the eighth and ninth before sinking a 19-foot birdie at the par-3 12th to join the co-leaders at 3 under. He reached 4 under with another birdie at the par-3 17th but missed the green by a lot at #18 and couldn’t get up and down for par.

Niemann holed out from 105 yards for an eagle 2 at the ninth. His shot spun back over a ridge and directly at the pin. That briefly put him alone in the lead at 3 under, and he recorded one bogey and one birdie the rest of the way.