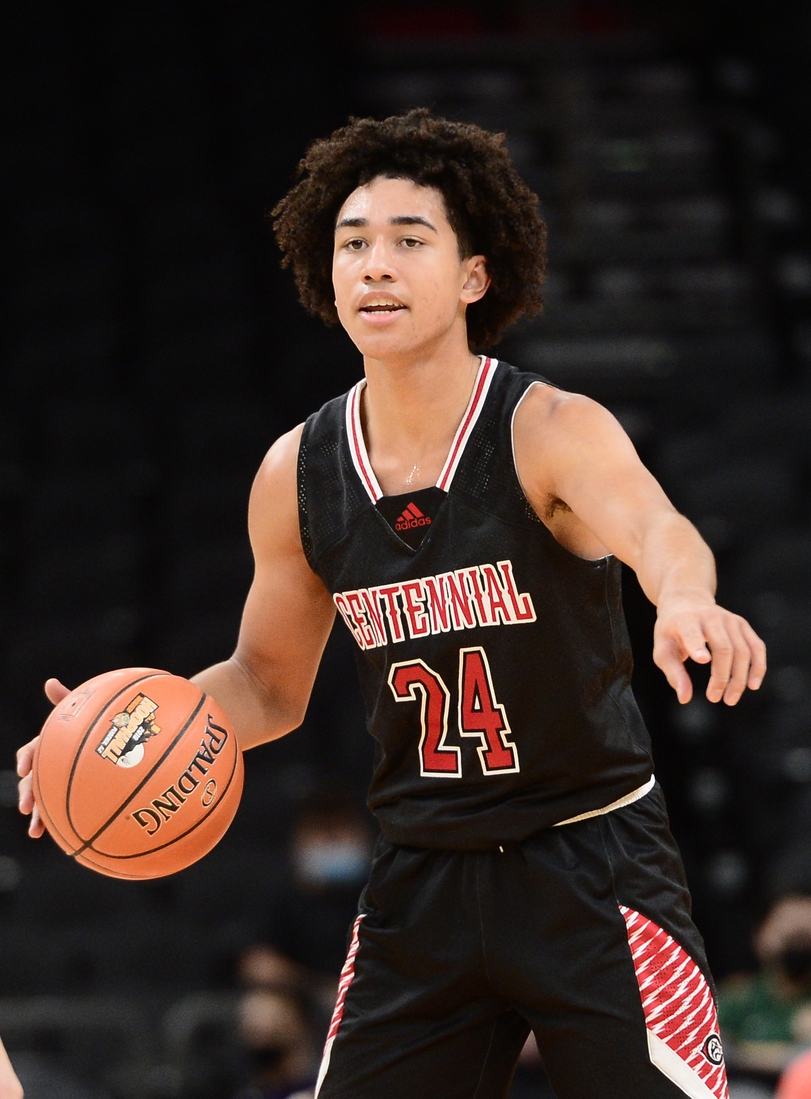 He’s yet to take the helm at Duke, but coach-in-waiting Jon Scheyer has landed another five-star recruit.

Jared McCain, listed by the 247Sports composite as the #2 shooting guard in the Class of 2023, committed Friday to the Blue Devils. The 6-foot-2 McCain, from Centennial High School in Corona, Calif., is the #23 player in the class.

He took official visits to Duke and Gonzaga last month.

McCain told 247Sports that Scheyer was a big reason for his commitment.

“The relationship I built with coach Scheyer is amazing and I feel like I can come to him about anything,” McCain said. “I remember throughout the season I had a bad game and got some hate/boos so I went to him because (Scheyer) obviously went through that at Duke. That’s kind of one thing that stood out to me to see that relationship and trust I have in him.”

With the upcoming retirement of coach Mike Krzyzewski, Scheyer has been the primary recruiter for the Blue Devils. Both the 2022 and ’23 classes are ranked #1 in the nation by 247Sports.

The 2022 class has three five-star recruits, including Dereck Lively II of Norristown, Pa., the #1-ranked player in the nation by the 247Sports composite. The 2023 class also has three five-stars, all ranked in the top 28 players in the country.