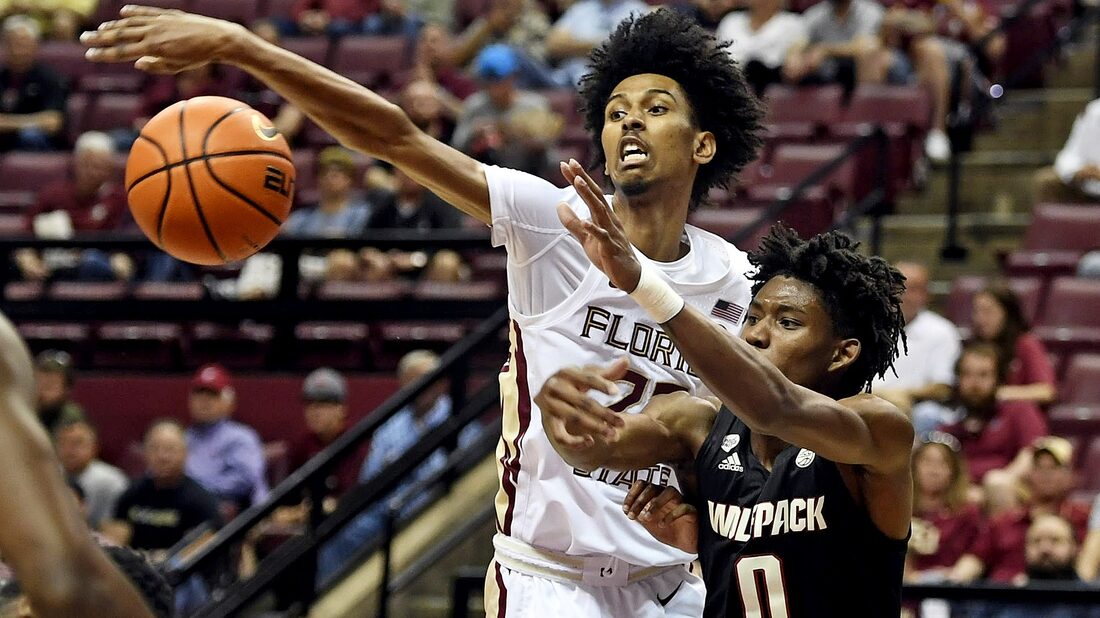 Caleb Mills scored 19 points on 7-of-8 shooting to lead host Florida State to an 89-76 victory over North Carolina State on Saturday afternoon in Atlantic Coast Conference action at Tallahassee, Fla.

Mills led a signature balanced scoring effort for the Seminoles (17-13, 10-10 ACC), who won their third consecutive game and will be the #8 seed in next week&rsquor;s ACC tournament.

Terquavion Smith led NC State (11-20, 4-16) with a game-high 30 points as the Wolfpack are now in the midst of their first 20-loss season in program history. The loss meant NC State finished in last place in the ACC standings.

With Matthew Cleveland back from a non-COVID illness after missing Wednesday&rsquor;s win against Notre Dame, and Anthony Polite (wrist) also back in its lineup for the second consecutive game, a suddenly much healthier Florida State squad is picking up some momentum as it approaches the postseason.

It showed Saturday as the Seminoles led by as many as 17 points and never trailed.

Five Seminoles scored in double figures and seven players scored at least seven points. Florida State shot 51.6 percent from the field, including 8 for 22 from 3-point range, and had its reserves outscore NC State&rsquor;s bench 53-4.

Polite finished with 14 points and 10 rebounds while Cleveland and John Butler each had 11 points. Tanor Ngom had 10 points and seven rebounds and RayQuan Evans had 10 a career-best assists.

Jericole Hellems finished with 21 points and seven rebounds for the Wolfpack and Dereon Seabron had 17 points despite struggling from the field with 3-of-12 shooting).

NC State kept itself in the game by shooting 11 for 25 from 3-point range, led by five triples apiece from Hellems and Smith. But the Seminoles dominated in the paint outscoring the Wolfpack 42-22.

Florida State will next play #9 seed Syracuse on Wednesday in the second round of the ACC tournament. NC State enters the tournament as the #15 seed and will play 10th-seeded Clemson on Tuesday in the first round.