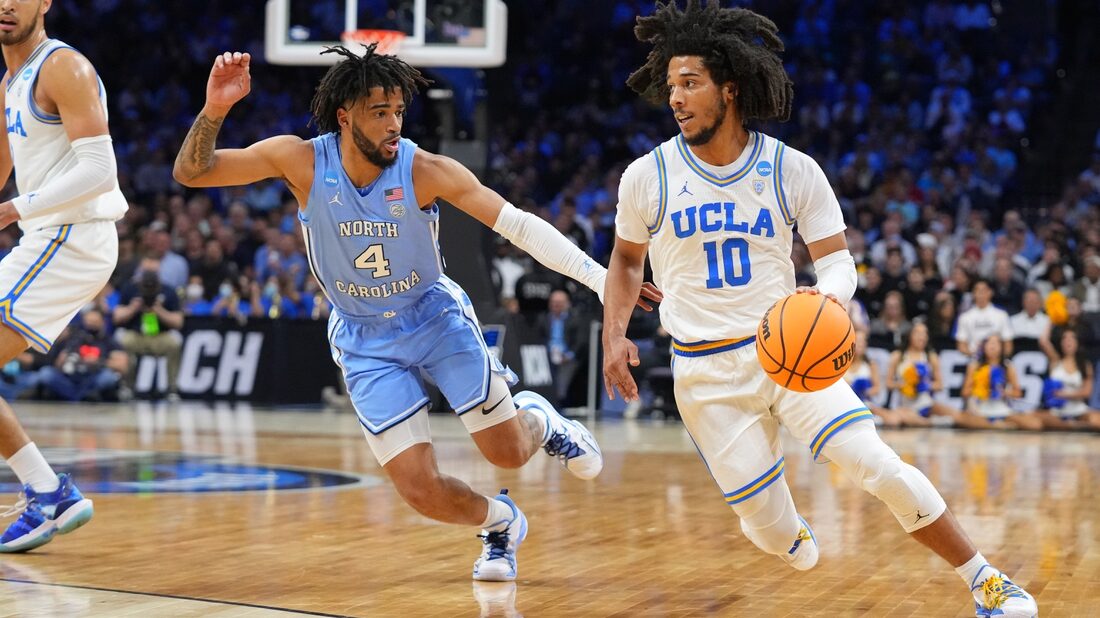 Love exploded for 27 of his career-high 30 points in the second half to deliver North Carolina (27-9) another NCAA Tournament win in Hubert Davis’ first year as head coach. The Tar Heels will face Cinderella #15 seed Saint Peter’s on Sunday in the Elite Eight.

Love made six of the first eight shots he took in the second half, at one point scoring 12 North Carolina points in a row. His fastbreak layup and 3-pointer knotted the game at 56 with 7:48 to go.

Manek drained a trey from the left wing to give the Tar Heels a 61-60 lead with 4:23 left, but Jules Bernard responded with a UCLA basket 34 seconds later.

With North Carolina facing a 64-61 deficit, Love missed a 3-pointer, got a second chance from Bacot’s offensive rebound and knocked down the game-tying triple with 1:40 to go. The Tar Heels then got a defensive rebound, and Love created space for himself and hit the go-ahead trey from the top of the key with 1:03 left.

A Bacot tip-in with 15 seconds left made the margin five and sealed the win.

Manek scored five to power North Carolina to a quick 10-5 lead before the Bruins took over. Bernard’s 3-pointer sent UCLA on an extended 17-4 run. The Bruins made 11 of their first 19 shots from the field and twice led by eight points.

Manek and RJ Davis sank consecutive 3-pointers to stem the tide for the Tar Heels, cutting their deficit to 24-22.

Jaquez, playing on a sprained ankle, made a jumper with 61 seconds left to give UCLA a 31-28 lead entering the break.

There were 10 lead changes and two ties in the first 10 minutes of the second half alone. The back-and-forth included a 7-0 sprint from North Carolina fueled by five points from RJ Davis, who finished the night with 12 points and seven rebounds.