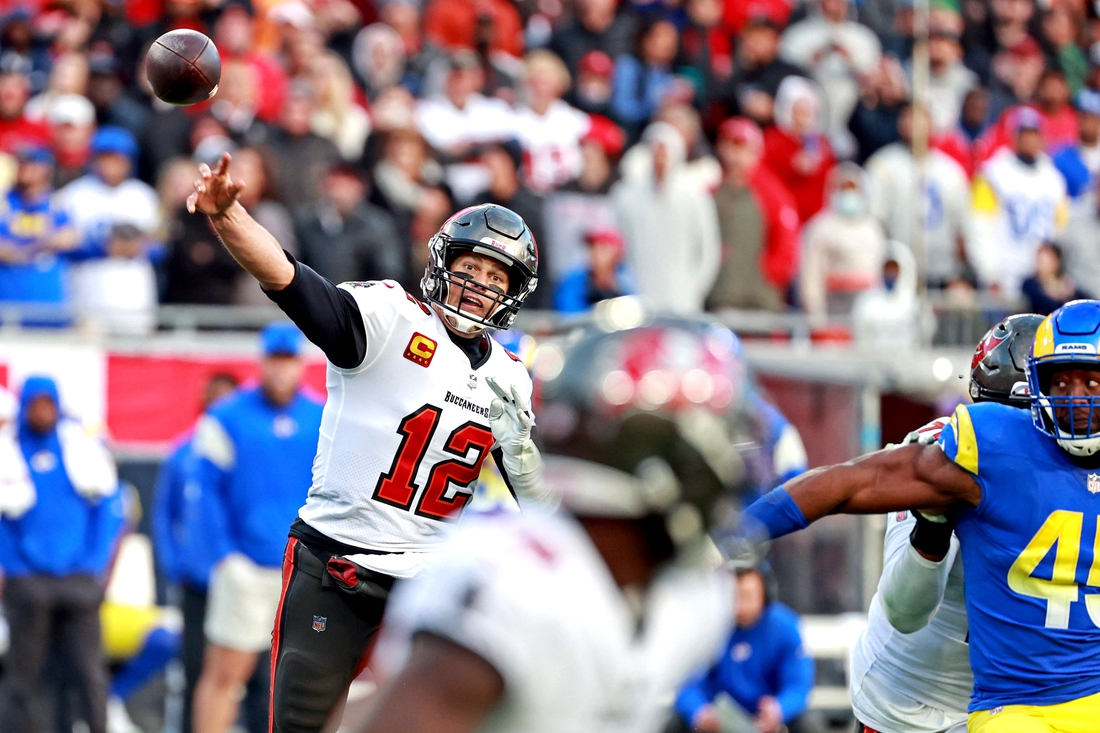 Following a report that the Miami Dolphins had concocted a plan to make Tom Brady both their quarterback and a minority owner, Tampa Bay general manager Jason Licht said the Bucs have not engaged with Brady about his future beyond 2022.

In a pre-draft press conference with reporters Tuesday, Licht was asked if Tampa Bay had spoken with Brady about working out a new contract or even a deal with an ownership stake.

“No, we haven’t had those discussions,” Licht said. “The only discussions we’ve had with Tom is when he came back. We’re excited about this year and excited to get going.”

Brady announced his retirement from football Feb. 1 before un-retiring March 13 and returning for a third season with the Buccaneers. The Buccaneers have one more season of contractual control with the seven-time Super Bowl winner.

The Boston Globe reported this month that the Dolphins planned to announce Brady as a minority owner and then bring him on as their starting quarterback in 2023 after a year of “retirement.” The plan also called for Sean Payton, who recently retired from the New Orleans Saints, to take over as their head coach.

The Dolphins pulled the plug on the plan, the report said, following former coach Brian Flores’ racial discrimination lawsuit against the NFL, Miami and other teams.

“We’re focused on putting our team together here with the draft and we’re all excited. We’re all in lockstep here — Tom, Todd (Bowles), myself, Byron (Leftwich), the entire coaching staff on this season.”

Last month, Buccaneers coach Bruce Arians stepped down and moved into a front-office role a few weeks after Brady’s unretirement. Defensive coordinator Todd Bowles was promoted to head coach. Licht denied rumors then that Arians leaving his post was a condition of Brady’s return.

“You can’t believe everything you hear and see and read,” Licht said. “There’s always going to be some friction between people on a staff and players and a coach. It’s just normal. And like you said, it can be healthy. We didn’t really think much about it.”