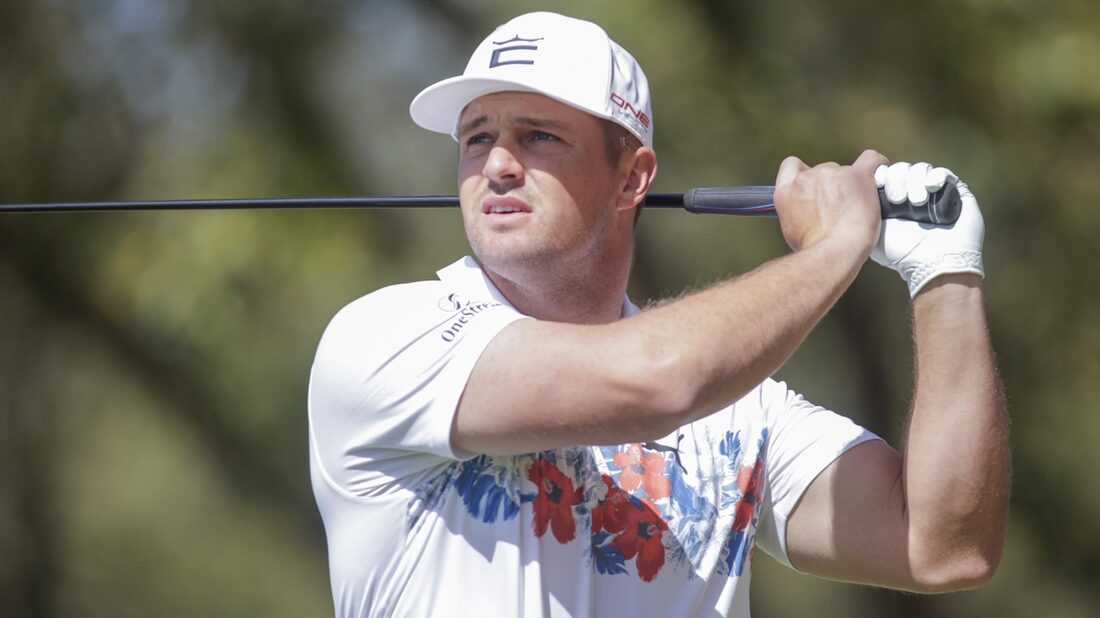 Bryson DeChambeau, playing in his first event in six weeks, got off to a rocky start Wednesday but wound up tying his match against England’s Richard Bland on the opening day of the World Golf Championship-Dell Technologies Match Play.

Back from hip and hand injuries, DeChambeau hit a driver on the par-4 first hole at Austin (Texas) Country Club and knocked the ball into a medical tent to the right of the fairway. He would up making bogey, but since Bland also bogeyed, they halved the hole.

DeChambeau was 1 up at the turn, but the ninth-seeded American bogeyed the 10th hole while Bland made par to level the match. The players carded identical scores over the final eight holes to end tied.

“We didn’t play our best, obviously, but just a bit rusty,” DeChambeau said. “Obviously hit some wayward shots, just concerned — just more or less cautious, very cautious. There were some pretty good wayward shots because of that, and that probably cost me quite a bit, and then I three-putted a few times.

“I haven’t practiced the way I should have on the putting green for speed, and I’ll work on that after.”

DeChambeau withdrew from his most recent event, the Saudi International in early February. His previous PGA Tour appearance came at the Farmers Insurance Open in late January.

The 64-player field consists of 16 groups competing in round-robin play over the first three days of the event, with players awarded one point for a win and a half point for a tie. The player with the most points in each group advances to the Round of 16, with ties broken by a sudden-death playoff. Saturday and Sunday will feature single-elimination, head-to-head matches.

Americans occupy the fourth through ninth seeds, and all won except for #4 Patrick Cantlay, who drew with countryman Keith Mitchell, and #6 Justin Thomas, who lost to American Luke List 3 and 2. #5 Scottie Scheffler defeated England’s Ian Poulter 2 and 1, #7 Xander Schauffele beat Japan’s Takumi Kanaya 3 and 2, and #8 Dustin Johnson downed Canada’s Mackenzie Hughes 3 and 2.

The most lopsided win of the day came from 14th-seeded Joaquin Niemann of Chile, who demolished the United States’ Maverick McNealy 8 and 6.