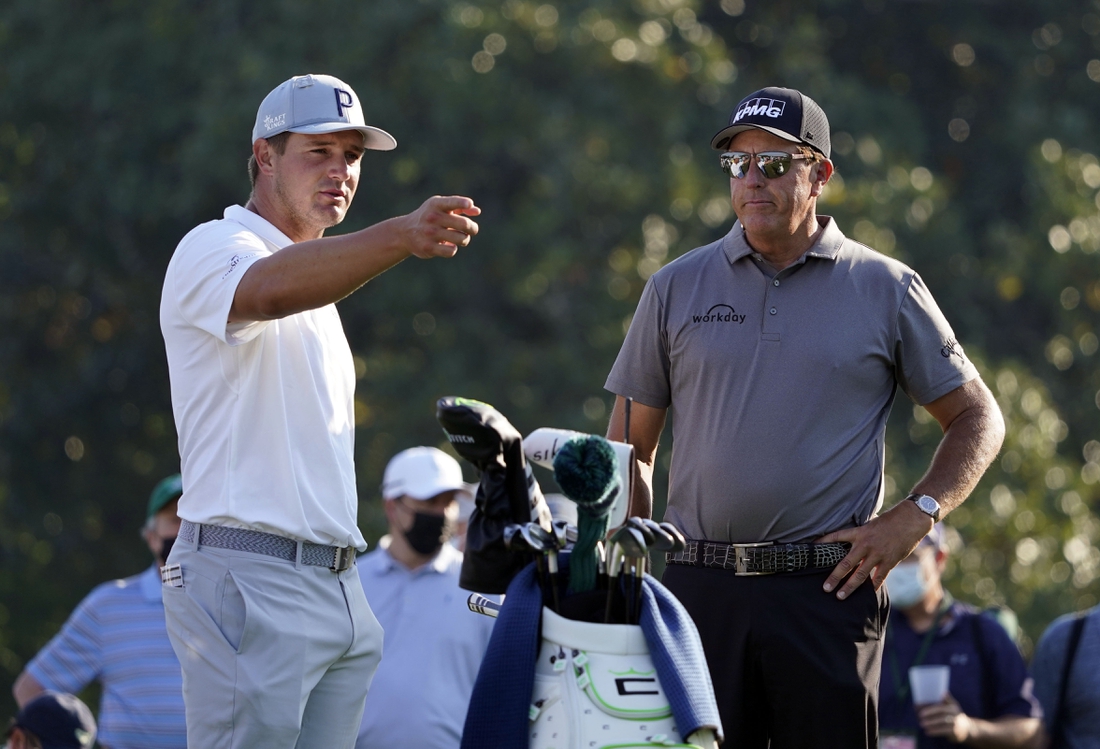 Bryson DeChambeau was asked Monday at Augusta National Golf Club if he had been in touch with Phil Mickelson since fallout from comments he made about a potential league to rival the PGA Tour.

Mickelson is not playing the Masters this week, the first time he is missing the major since 1994. The six-time major champ has not competed, appeared in public or posted on social media since Feb. 22, when he issued a lengthy mea culpa addressing divisive comments made to author Alan Shipnuck about a Saudi-backed golf league.

“The past 10 years I have felt the pressure and stress slowly affecting me at a deeper level,” the 51-year-old wrote at the end of his statement. “I know I have not been my best and desperately need some time away to prioritize the ones I love most and work on being the man I want to be.”

DeChambeau, the 2020 U.S. Open champion, was said to be considering joining the so-called Super Golf League. A report said he’d been offered a $135 million signing bonus to join the league, which he has denied.

Plans for the league have since fallen apart. LIV Golf Investments CEO Greg Norman instead announced an eight-event series dubbed the “LIV Golf Invitational” that will play exclusive tournaments in London, the U.S. and parts of Asia.

DeChambeau, who missed almost two months of competition this season with a torn labrum and a fractured bone near his left wrist, told reporters in Augusta that he is feeling 80 percent this week. But he didn’t want to miss one of the biggest tournaments of the year.

“(Doctors) recommended that I don’t come back for a while,” DeChambeau said. “They said if you go out and hit golf balls and you feel somewhat comfortable, you consider it, and they are like, you should really let it heal.

“And even (coach Chris Como) has told me, you probably shouldn’t play, even though he wants me to play obviously, right. But he’s really looking out for my best interests for the future. I’m like, man, this only comes around once a year, and I’ve got to give this a go.”