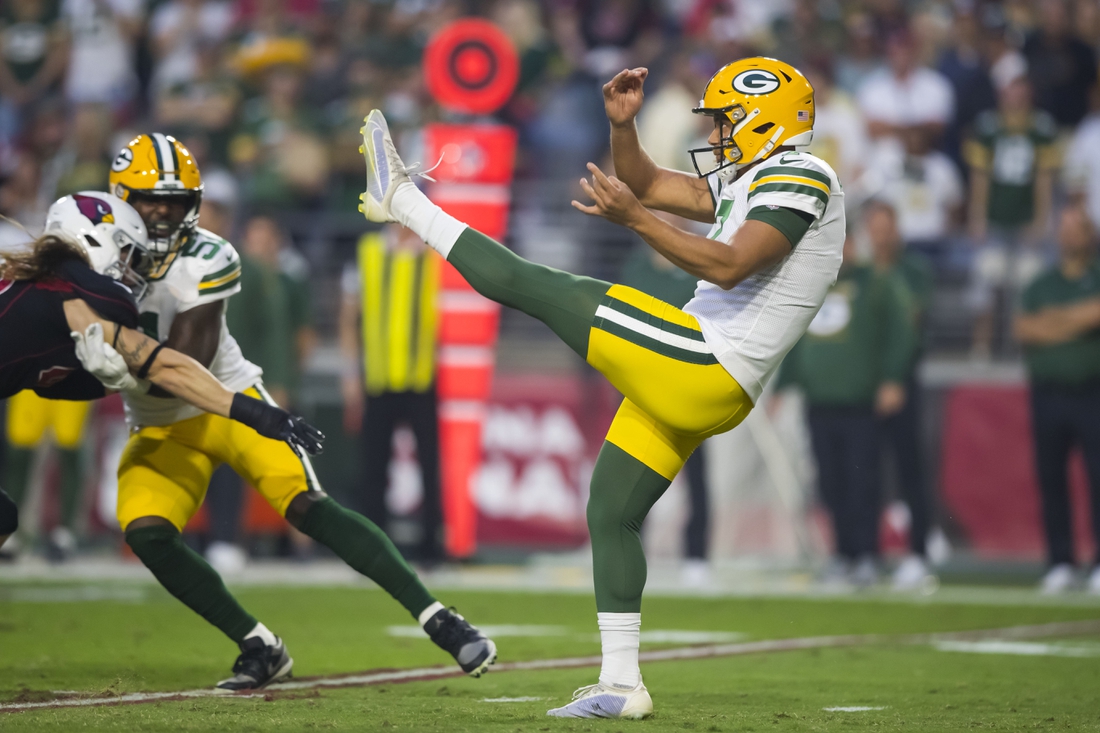 Bojorquez wasn’t drafted coming out of college at New Mexico. The Bills signed him as a free agent in 2018, and he spent three seasons in Buffalo. In 2020, he led the NFL with an average of 50.8 yards per punt.

Bojorquez played the 2021 season with the Green Bay Packers. In 17 games, he averaged 46.5 yards per punt, and the season was highlighted by an 82-yard boot against the Chicago Bears on Oct. 17.

The 25-year-old has recorded 218 punts and averaged 45.4 yards since he entered the NFL.

In this article:Chicago Bears, cleveland browns