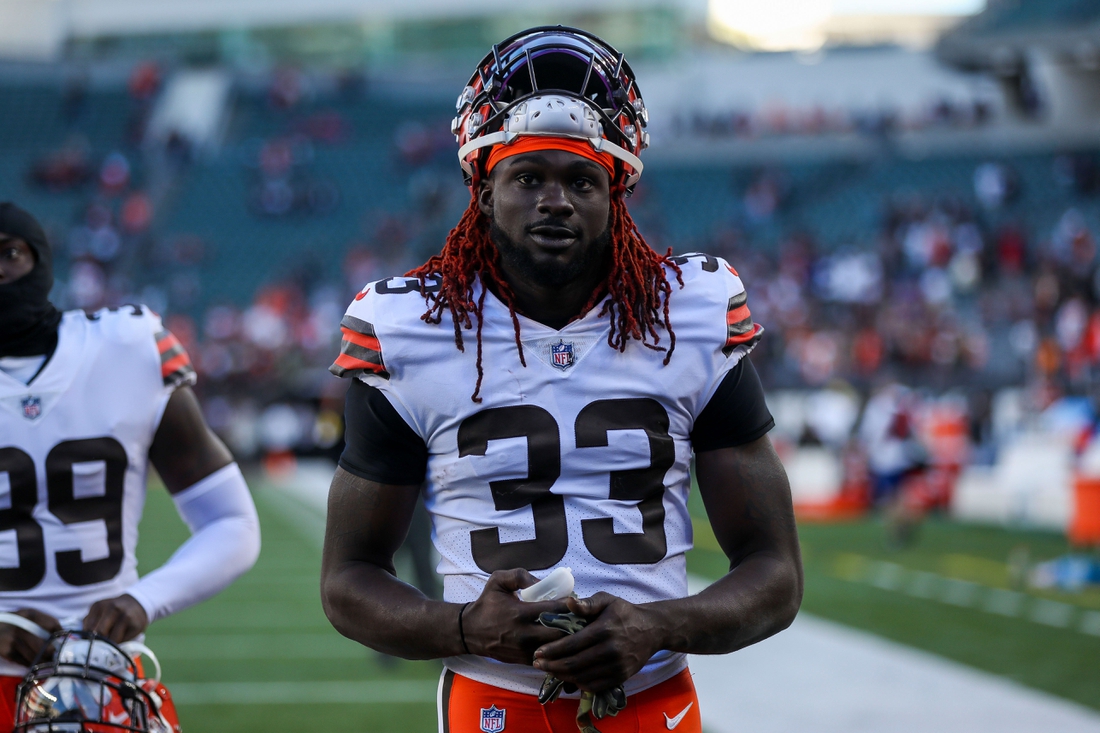 Harrison, who turns 25 next week, had an up-and-down 2021 season in a contract year. His overall numbers were respectable — 58 tackles, one interception, one sack, four tackles for loss in 12 games (11 starts).

But he was ejected and eventually fined over $12,000 after a Week 1 sideline confrontation with Kansas City Chiefs running backs coach Greg Lewis. After starting the team’s first 10 games, he was benched for disciplinary reasons in Week 11 against Detroit.

Harrison responded with his finest statistical game in Week 12 at the Baltimore Ravens when he recorded a season-high 14 tackles. But he was sidelined for the season’s final five games with an ankle injury and a stint on the COVID-19 list.

Originally selected by Jacksonville in the third round of the 2018 NFL Draft out of Alabama, Harrison played his first two seasons with the Jaguars before a trade to Cleveland shortly before the 2020 season.

In 51 career games (40 starts), Harrison owns 199 tackles with five interceptions and five sacks. He has posted at least one interception and sack in each of his four NFL seasons.