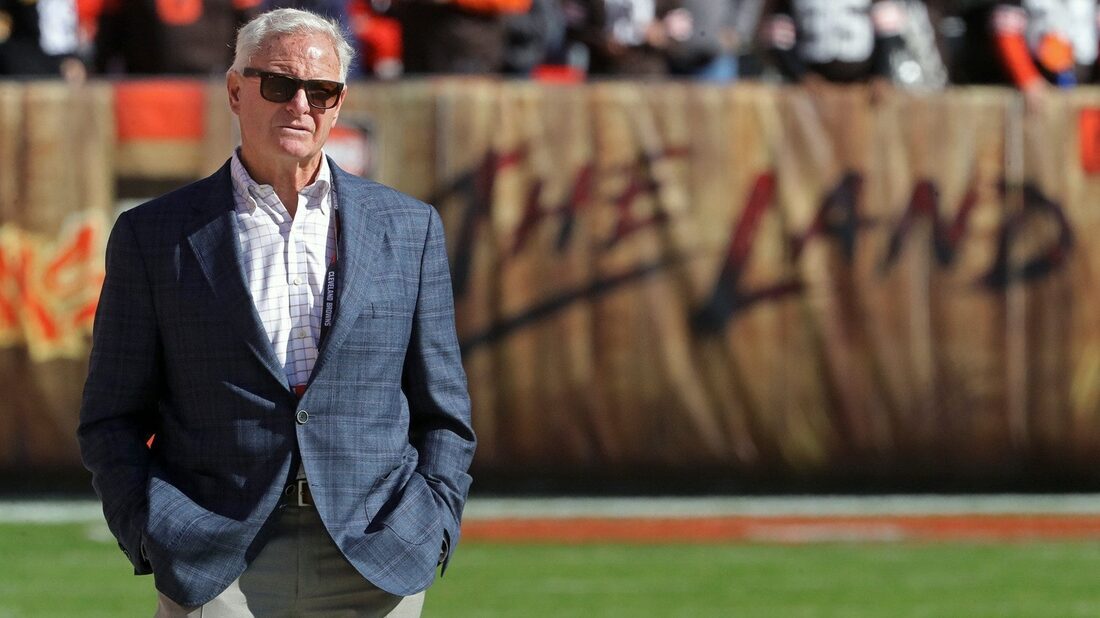 Facing a barrage of criticism for their blockbuster acquisition of Deshaun Watson, Cleveland Browns owners Dee and Jimmy Haslam issued a statement Sunday attempting to quell worries about the character of their new franchise quarterback.

Watson is facing 22 civil lawsuits from women who accuse him of sexual misconduct and he could be disciplined by the NFL. A grand jury in Harris County, Texas, declined to indict Watson in connection with any of the cases, but countless fans have taken to social media since Friday’s trade to say they’re jumping off the Browns’ bandwagon.

The Haslams said in their statement they did their due diligence before making the trade that sent five draft picks — including three in the first round — to Houston for Watson and a 2024 fifth-round pick.

“We spent a tremendous amount of time exploring and investigating the opportunity to trade for Deshaun Watson,” the lengthy statement opened. “We are acutely aware and empathetic to the highly personal sentiments expressed about this decision. Our team’s comprehensive evaluation process was of utmost importance due to the sensitive nature of his situation and the complex factors involved.”

The Haslams said they met with Watson, along with general manager Andrew Berry and coach Kevin Stefanski, and left “confident” in the trade. Watson, 26, signed a fully guaranteed $230 million deal with the Browns to culminate the deal.

“He was humble, sincere, and candid,” the owners said, adding Watson “understands and embraces the hard work needed to build his name both in the community and on the field. Those in-depth conversations, the extensive evaluation process, his dedication to being a great teammate and devotion to helping others within the NFL, within the community, and through his charitable initiatives provided the foundation for us to pursue Deshaun.

“We are confident in Deshaun and excited about moving forward with him as our quarterback and supporting his genuine and determined efforts.”

The Browns’ decision to move on from Baker Mayfield and replace him with Watson has brought out fans on social media who have said they are shopping for a new team, and some have voiced their displeasure in other ways.

Cleveland.com reported Saturday that the Cleveland Rape Crisis Center has received more than 1,000 donations since the trade.

“We understand the story surrounding Deshaun Watson joining the Cleveland Browns team is triggering for far too many of our friends and neighbors,” the organization said in a statement. “For those who need additional support, please know Cleveland Rape Crisis Center is available to you 24/7/365.

“To the community we say, we see you. We hear your outrage. We feel it too. Every click. Every post and every tweet. Every donation sends a clear message.”

In this article:cleveland browns, Deshaun Watson