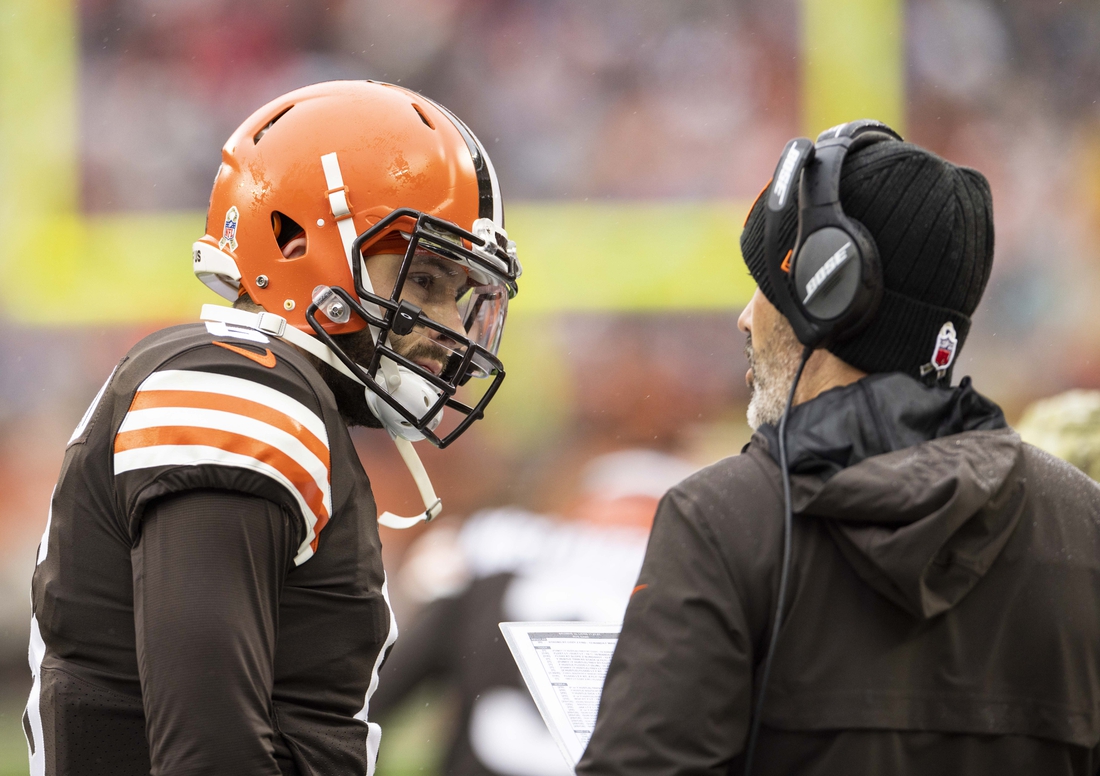 Cleveland Browns head coach Kevin Stefanski spoke about his two high-profile quarterbacks on Wednesday, albeit with only one is in attendance at the team’s voluntary offseason program.

Stefanski addressed the elephant in the room as it relates to Baker Mayfield, who is not at the Browns’ facility in Berea, Ohio.

“I’d tell you that’s a unique situation. It’s fluid. And we’ll just continue to work through it as we go each day,” Stefanski said. “It’s a voluntary program. What we won’t do is we won’t say who’s here, who’s not here. It’s voluntary. The guys that show up, we’re excited that they’re here. We’re excited to work with them.”

Mayfield, 27, was expected to be absent as he continues to rehab his surgically repaired labrum in his left non-throwing shoulder.

Mayfield, however, recently said on the “Ya Neva Know” podcast that he felt “disrespected 100 percent” by the Browns after the team deposed him as starting quarterback in favor of Deshaun Watson. Cleveland surrendered significant draft capital that included three first-round picks to acquire Watson in a trade with the Houston Texans on March 18.

Stefanski declined to address Mayfield’s comments on Wednesday, however.

“I’m not going to get into the specifics of those types of things,” Stefanski said. “Again, it really is a unique situation and we’ll just work through it.”

As for Watson, Stefanski said he is being embraced by his new teammates so far.

“We’re in Day 2 of the offseason program, so it’s like any player on your team that is new that it takes time to develop relationships,” Stefanski said. “And I think now is that time.”

Watson, 26, didn’t play the 2021 season for the Texans. He demanded a trade, then faced civil lawsuits from 22 women who accused him of sexual misconduct. Prosecutors in Texas declined to file charges, but the civil suits are ongoing.