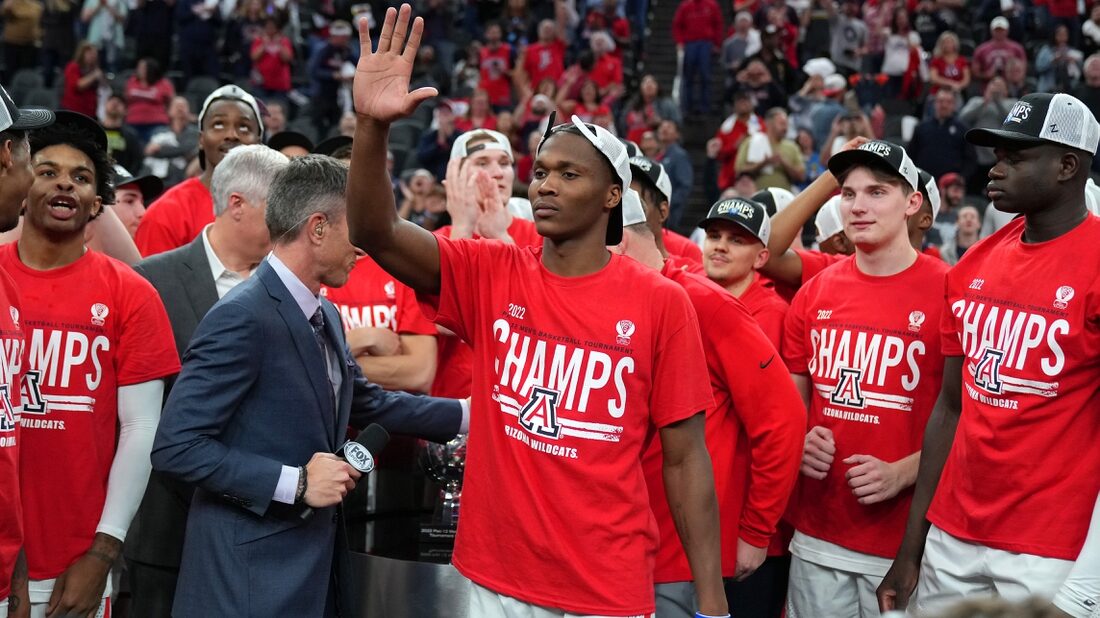 Lloyd, the longtime Bulldogs assistant, didn’t take long to resurrect an Arizona program that hadn’t been to the NCAAs since 2018. The Wildcats missed the 2019 tournament and self-imposed a postseason ban last year after an NCAA investigation found multiple violations under former coach Sean Miller.

This region is stacked, featuring the champions of the Pac-12 (Arizona), Big East (Villanova), SEC (Tennessee) and American Athletic (Houston) conferences, plus an Illinois team that shared the Big Ten’s regular-season title.

Don’t forget Sister Jean and 10th-seeded Loyola of Chicago. The Ramblers reached the Final Four as a #11 seed in 2018 and are making consecutive NCAA Tourney appearances for the first time since the early 1960s. First-year coach Drew Valentine, 30, is the youngest in Division I.

Top-seeded Arizona won 16 of its 18 Pac-12 regular-season games by double-digits before things got a bit tighter in the conference tournament as they were without injured guard Kerr Kriisa. He’s considered day-to-day. The Wildcats nearly swept the conference’s postseason awards, claiming coach of the year (Lloyd), player of the year (Bennedict Mathurin), defensive/most improved (Christian Koloko) and sixth man (Pelle Larsson).

Second-seeded Villanova has championship pedigree, having won the NCAA title in both 2016 and 2018 under coach Jay Wright. They reached the regional semifinals last year before losing to eventual champion Baylor. The Wildcats have won 10 of their past 11 games, including beating Creighton for the Big East tourney title, and lead Division I in free-throw shooting (82.3 percent). Collin Gillespie was the conference’s co-player of the year.

4 Illinois vs. 13 Chattanooga. Kofi Cockburn leads four players on the Illini who score in double digits, and point guard Andre Curbelo, who missed nearly two months while recovering from a concussion, makes sure everyone gets their touches. The Mocs’ Malachi Smith is the only D-I player this season with 600 points, 200 rebounds, 50 assists, 50 steals and 50 3-pointers.

6 Colorado State vs. 11 Michigan. The Rams finished second in the regular season in the Mountain West, led by conference player of the year David Roddy. The Wolverines were a surprise at-large selection after losing to Indiana in the opening round of the Big Ten tournament.

7 Ohio State vs. 10 Loyola Chicago. The Buckeyes lost four of their past five games, three of those against teams with losing records. Ramblers guard Lucas Williamson was part of his school’s run to the Final Four in 2018.

Arizona’s Bennedict Mathurin. The Pac-12 player of the year averaged 17.1 points and scored 27 as the Wildcats rallied from a double-digit deficit in the second half to defeat UCLA in the conference tournament’s title game.

Villanova’s Collin Gillespie. The co-Big East player of the year missed the 2021 NCAA tourney with a torn knee ligament and overcame an ankle sprain last month against UConn to lead the Wildcats to the conference title. He averages a team-leading 15.9 points per game.

Illinois’ Kofi Cockburn. The 7-foot center leads his team in scoring (21.1 points per game) and rebounding (10.6). He was also second in the Big Ten in field-goal percentage (59.8).

There are a couple of interesting opening lines, as Loyola Chicago is -1.5 against Ohio State and Michigan is -2.5 against Colorado State.

OUT OF THE SOUTH

Arizona. The Wildcats were unranked when the season started, but are now the second choice to win the NCAA title at +600. Villanova or Tennessee could give them a run in the regional final.