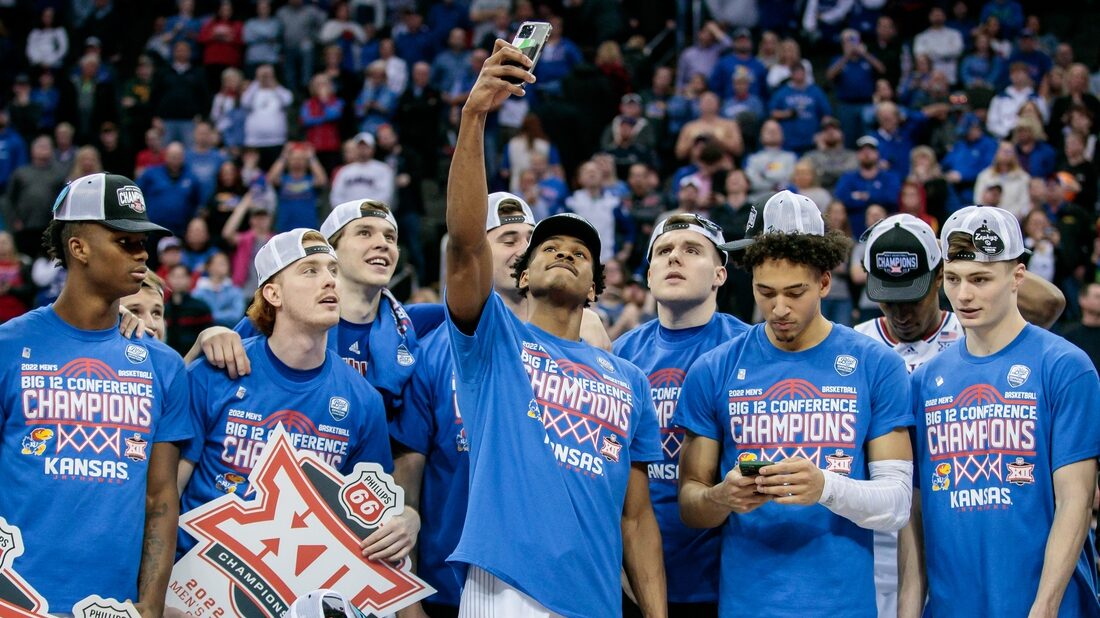 This might be the most open of the four regions. The top two seeds can each win a national title or be gone in the second round. The hottest team is fifth-seeded Iowa, which won four games in four days to capture the Big Ten Conference tournament title.

The most popular upset pick in any bracket could very well be the 4-13 matchup with Providence, coming off a blowout loss to Creighton in the Big East semifinals, and South Dakota State. USC didn’t play that well over the last month, but it has the athletic skill to make a run as the seventh seed.

Kansas earned the #1 seed with another consistent season, riding National Player of the Year candidate Ochai Agbaji to a share of the Big 12 regular-season title and then to the conference tournament title. Agbaji averaged 19.7 points per game and hit 47.7 percent of his shots from the floor, playing like a senior should. The Jayhawks are a top 100 team in nearly every major category except turnovers and free throws.

Second-seeded Auburn wins its games with defense and rebounding, leading the nation in blocked shots (254) thanks to North Carolina transfer Walker Kessler and ranking in the top 20 in boards (1,277). The Tigers score well but aren’t a great shooting team, which might be a concern in a potential second-round clash against long, athletic USC.

4 Providence vs. 13 South Dakota State. That the Friars are just a 2.5-point favorite in a 4-13 matchup illustrates there isn’t a ton of faith in the Big East regular-season champions. That might have something to do with the Jackrabbits winning 30 games and leading Division I in 3-point shooting at 44.9 percent.

Wisconsin’s Johnny Davis burst into stardom this season, averaging 19.7 points and 8.2 rebounds to boost the Badgers to a #3 seed and a first-round matchup in nearby Milwaukee with Patriot League champ Colgate.

San Diego State senior Matt Bradley transferred from California and became the Aztecs’ leading scorer, providing 17 points per game and hitting 41.6 percent of his 3-pointers. If he gets hot, this excellent defensive team might give Kansas a tough time in the second round.

San Diego State (-1.5) and Creighton are your 8-9 matchup in Fort Worth, Tex., but your focus should be the over-under. Specifically, taking the under and running to the bank to claim your winnings. The Aztecs are dominant defensively and poor offensively. Rock fights — and winning them — are their specialty.

Wisconsin (-7.5) doesn’t screw up first-round games as a general rule, but Colgate and the points might be a worthwhile bet. The Raiders are top 10 nationally in 3-point percentage (40.3) and assists (17.2). If they find the range from deep, this will be a game at the end.

OUT OF THE MIDWEST

Fran McCaffery’s Iowa teams haven’t been famed for their NCAA tourney success, but this one comes in covering in all the right ways. With a dominant scorer and underrated supporting cast, take the Hawkeyes over Wisconsin to earn a trip to New Orleans.