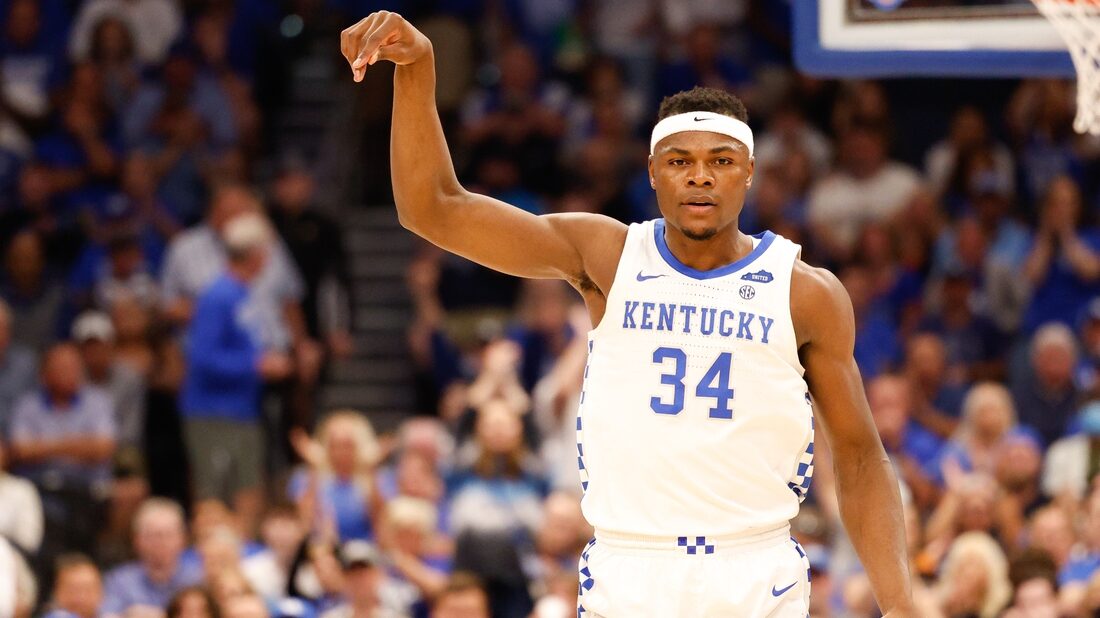 Two Final Four teams from last season are in this quadrant of the NCAA Tournament bracket, creating some potentially great matchups.

Can defending national champion Baylor make another run after stumbling in the Big 12 tournament quarterfinals against Oklahoma?

It’s been a decade since Kentucky took home a title and the eight-time national champs appear to be built for a deep tournament run.

#5 seed Saint Mary’s and #11 seed Virginia Tech, a Cinderella winner of the Atlantic Coast Conference tournament, could be sleepers.

Baylor, the Big 12 regular season co-champs, secured the top seed in the East despite a 72-67 loss to Oklahoma in the conference tournament quarterfinals. Baylor has been hampered by injuries, losing top scorer LJ Cryer for most of February and watching Kendall Brown hurt his ankle in the loss to the Sooners. But the Bears (26-6), who will be close to home in the first two rounds in Fort Worth, Tex., are led by James Akinjo and Adam Flagler and still have the depth and experience which helped it secure the crown a year ago.

#2 seed Kentucky just barely missed securing a #1 seed after an abysmal shooting performance (34.4 percent), including 2 for 20 from 3-point range, in a loss to Tennessee in the Southeastern Conference tournament semifinals. But John Calipari’s squad has been trending upward for some time and 6-foot-9 junior Oscar Tshiebwe is one of the most dominant big men in the tournament.

8 North Carolina vs. 9 Marquette. First-team All-ACC forward Armando Bacot, who is third in the nation with 12.5 rebounds per game, turned North Carolina’s season around, helping it win 12 of its final 15 games punctuated by a win at Duke in the regular-season finale. Marquette is back in the tournament after a three-year absence. While most of its roster, led by Justin Lewis (17.1 points per game), has not played in this event before, Marquette’s Shaka Smart will coach his third different school in the Big Dance.

6 Texas vs. 11 Virginia Tech. Former Texas Tech coach Chris Beard did his best work at his previous stop in March. Can he do the same for the Longhorns, who lost their final three games and four of their last six? The Hokies are the hottest team of the five coming out of the ACC, winning the conference tournament for the first time ever, following a 2-7 start in conference play.

–Kentucky’s Oscar Tshiebwe, the Sporting News National Player of the Year, is the first major-conference player to average at least 16 points and 15 rebounds per game for a full season since Bill Walton at UCLA in 1972-73.

–Wyoming 6-foot-9 sophomore forward Graham Ike could be one of the more impactful players in this region, and has scored in double figures in all but one of his 32 games this season.

The 7-10 matchup is close to a pick’em with San Francisco favored by one point over Murray State. The Racers’ 30-win season includes wins over NCAA Tournament teams Memphis and Chattanooga, and one of their losses was a 13-point setback at Auburn. San Francisco is in the tournament for the first time since 1998 and is outscoring opponents by 10 points per game.

Purdue (-16) should be a safe bet to cover in its 3-14 matchup with Yale, although with the Boilermakers struggling a bit down the stretch, it could be a tempting pick to take the points.

OUT OF THE EAST

Led by Tshiebwe, Kentucky figures to have the depth and dominant roster at both ends to make it through to the Final Four for the first time in seven years. The Wildcats’ path could include an intriguing matchup with Purdue in the Sweet 16 followed by a potential showdown with either Baylor or UCLA in the Elite Eight. Any of those three could punch their own tickets to New Orleans.