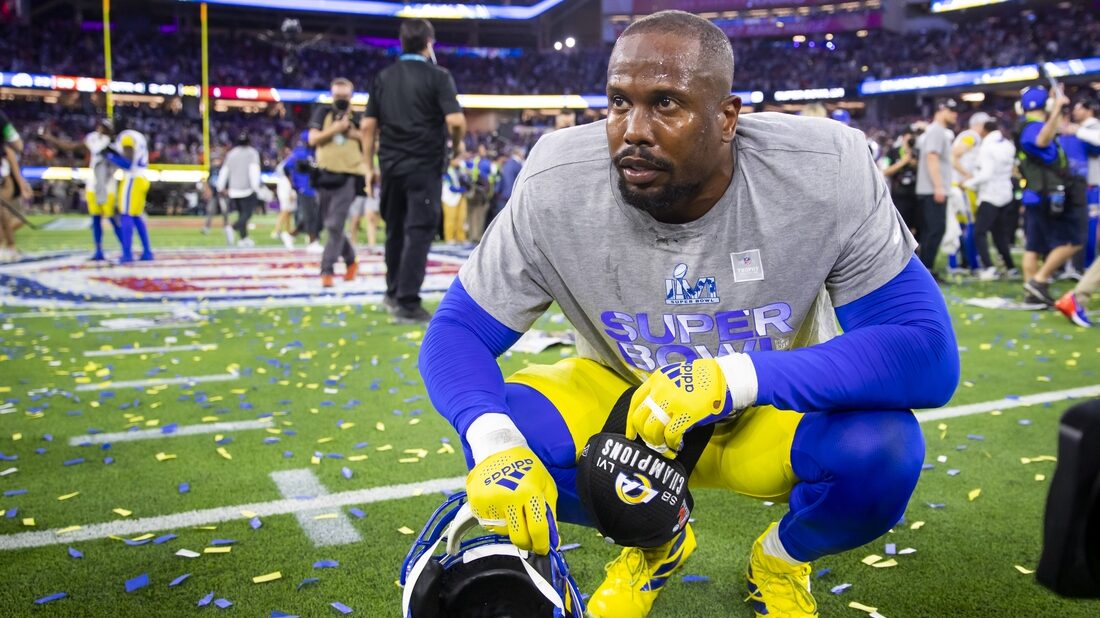 The Buffalo Bills made a splash in free agency on Wednesday by signing eight-time Pro Bowl linebacker Von Miler to a six-year deal.

The NFL Network reported that Miller’s deal is worth $120 million.

Buffalo also announced the signings of tight end O.J. Howard to a one-year deal and defensive tackle DaQuan Jones to a two-year deal.

After spending the first nine years of his career with the Denver Broncos, Miller was traded to the Los Angeles Rams midway through this past season and was part of the Rams’ team that defeated the Cincinnati Bengals in the Super Bowl.

In eight regular-season games with the Rams, Miller had five sacks and eight QB hits. He nearly matched those numbers in the playoffs, tallying four sacks and seven QB hits in four games. Two of those sacks came in the Super Bowl as the Rams beat the Cincinnati Bengals, giving Miller the second championship ring of his career.

Miller, 32, ranks 22nd all-time in career sacks (115.5) and seventh all-time in tackles for losses (154). He was MVP of Super Bowl 50 when the Broncos defeated the Carolina Panthers.

Howard, 27, was on the injured reserve when the Tampa Bay Buccaneers won the Super Bowl in 2021, but he’s proven to be a playmaker at the tight end position. In 59 games — 46 of them starts — Howard has hauled in 119 catches for 1,737 yards and 15 touchdowns in his five-year career.

Jones, 30. has started 110 of 116 games played during his eight-year career. He has 273 tackles, 10 sacks and three forced fumbles with the Tennessee Titans (2014-20) and Carolina Panthers (2021).
The Bills lost in the Divisional Round of the AFC playoffs last season, 42-36, in overtime against the Kansas City Chiefs.