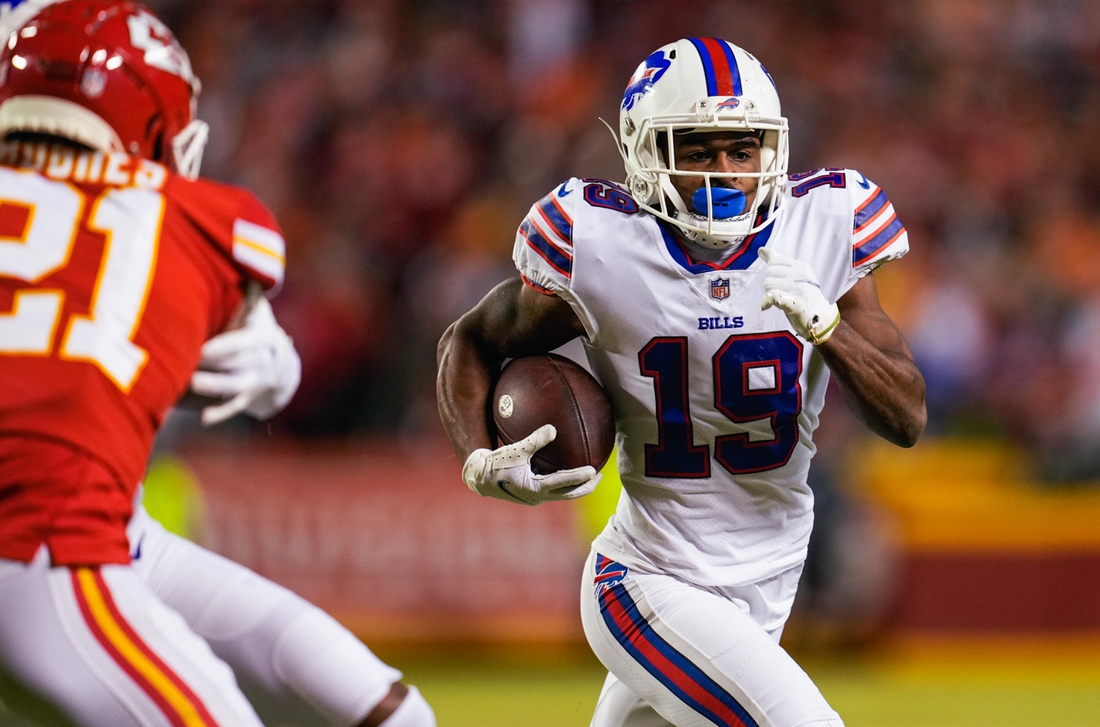 The Buffalo Bills on Sunday announced they have agreed on a two-year contract with veteran wide receiver Isaiah McKenzie.

No further terms of the deal have been released.

McKenzie, 26, was the team’s primary return man in 2021 in addition to his contributions as a receiver on offense.

In addition to his 20 receptions for 178 yards and a touchdown, McKenzie also scored a touchdown on the ground (nine carries, 47 yards) and returned a total of 43 kicks.

McKenzie began his career in Denver after the Broncos drafted him in the fifth round of the 2017 NFL Draft. He joined Buffalo midway through the 2018 season.

For his career, McKenzie has 99 catches for 922 yards with seven touchdowns.