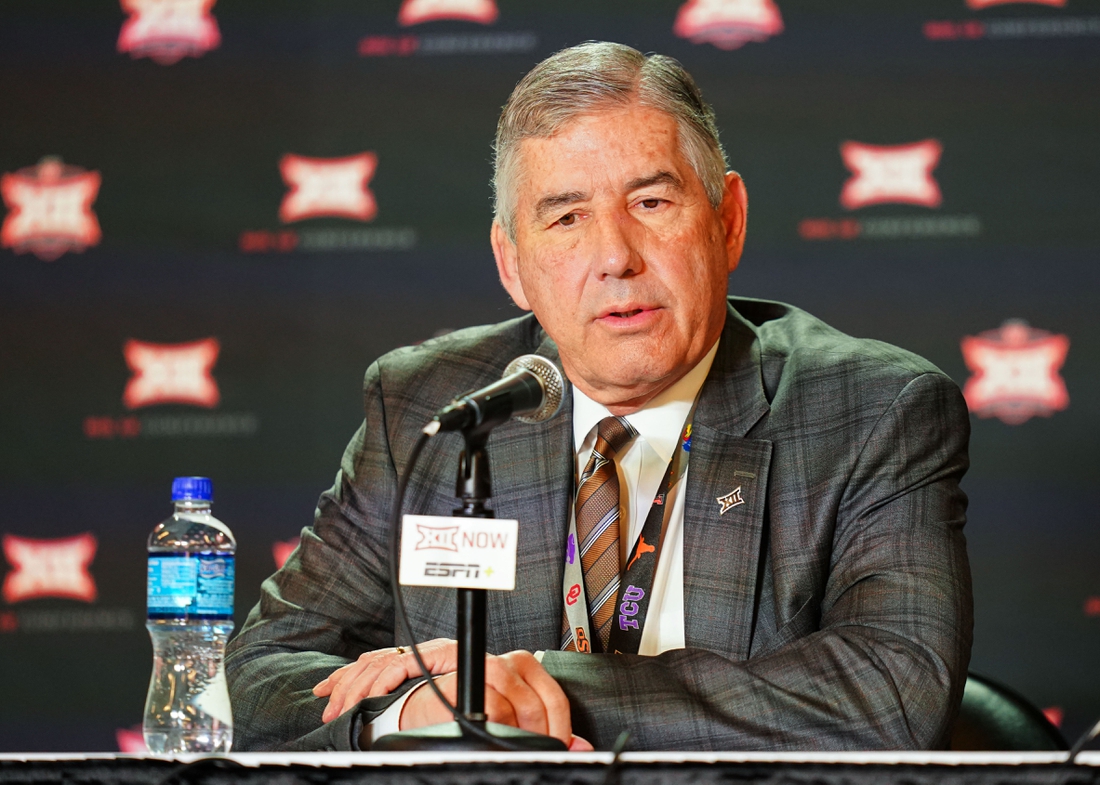 Bob Bowlsby plans to step down as commissioner of the Big 12 Conference later this year, the league announced Tuesday.

Bowlsby, 70, has served as commissioner since 2012. He is the longest-tenured commissioner of a Power Five conference, a distinction that will go to the SEC’s Greg Sankey after Bowlsby departs.

Bowlsby will remain in the position until a replacement is appointed, at which point Bowlsby will take on a new, interim role within the Big 12.

“After more than 40 years of serving in leadership roles in intercollegiate athletics, including the last 10 with the Big 12, and given the major issues that college sports in general and the Big 12 specifically will address in the next several years, I have reached a natural transition point in my tenure as Commissioner, as well as in my career,” Bowlsby said in a news release Tuesday.

His announcement comes one day after Kansas became the second straight Big 12 program to win an NCAA championship in men’s basketball. The Jayhawks beat North Carolina 72-69 Monday night, one year after Baylor defeated Gonzaga in the title game.

Under Bowlsby’s term, Texas and Oklahoma made the decision to jump from the Big 12 to the SEC, leading the conference to accept four new programs from the mid-major ranks: BYU, Cincinnati, Houston and UCF. The four new member institutions will join no later than the 2024-25 school year.

The conference’s news release said it is engaging a search firm to consult it in a national search process for the next commissioner, a process that will begin in the coming weeks.