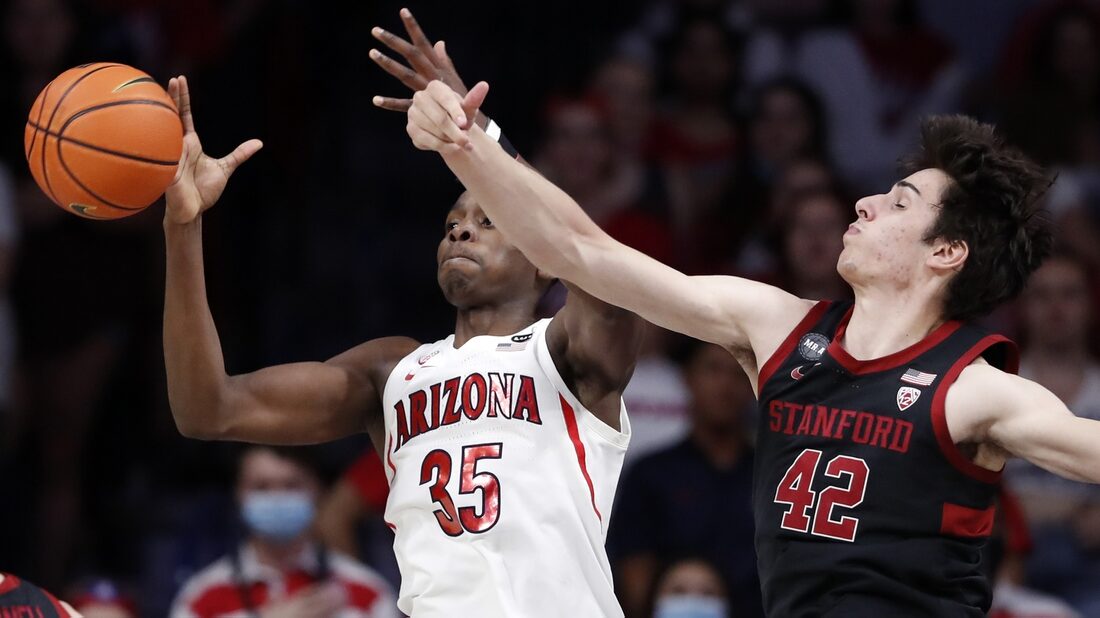 Christian Koloko contributed 21 points and 10 rebounds as Arizona (27-3, 17-2 Pac-12) won its 18th consecutive home game dating to last season. However, the Wildcats trailed by nine points in first half and had trouble separating from the Cardinal (15-14, 8-11) after the break.

Arizona led 59-58 before Mathurin went on a personal 8-0 run, including a 3-pointer and two dunks, for a nine-point lead with 6:58 to go. Stanford climbed back within 67-62, but Arizona scored the next six points to help ice the victory.

Azuolas Tubelis finished with 11 points for the Wildcats, who had already wrapped up the Pac-12 regular-season championship.

Spencer Jones scored 22 to lead Stanford. Michael O’Connell scored 16 points, all in the first half, when he made all four of his attempts from 3-point range.

Stanford nailed 9 of 19 3-point attempts and outrebounded Arizona by seven, but the Wildcats turned the tide in their favor by forcing 17 turnovers and shooting 18 more free throws, making 22 of 27. The Cardinal went 2 of 9 at the line.

Kerr Kriisa gave Arizona the lead early in the second half when he converted a four-point play with 18:17 left to make it 45-43. When Tubelis’ jumper in the lane put the Wildcats up 51-46, it seemed as if Arizona was gathering momentum to take control.

But Stanford responded with an 8-0 run and hung around until Mathurin took over.

Stanford, which lost for the sixth time in seven games, had scored only 39 points in a loss at Cal on Saturday. The Cardinal equaled that point production in the first half against Arizona.

The Cardinal made their first six 3-point attempts and held the lead through most of the half, taking their biggest edge at 35-26 with 2:58 left.

The Wildcats surged late, getting seven points from Mathurin in the final 2:45, including a driving layup with four seconds left to cut Arizona’s deficit to 39-37 going into halftime.