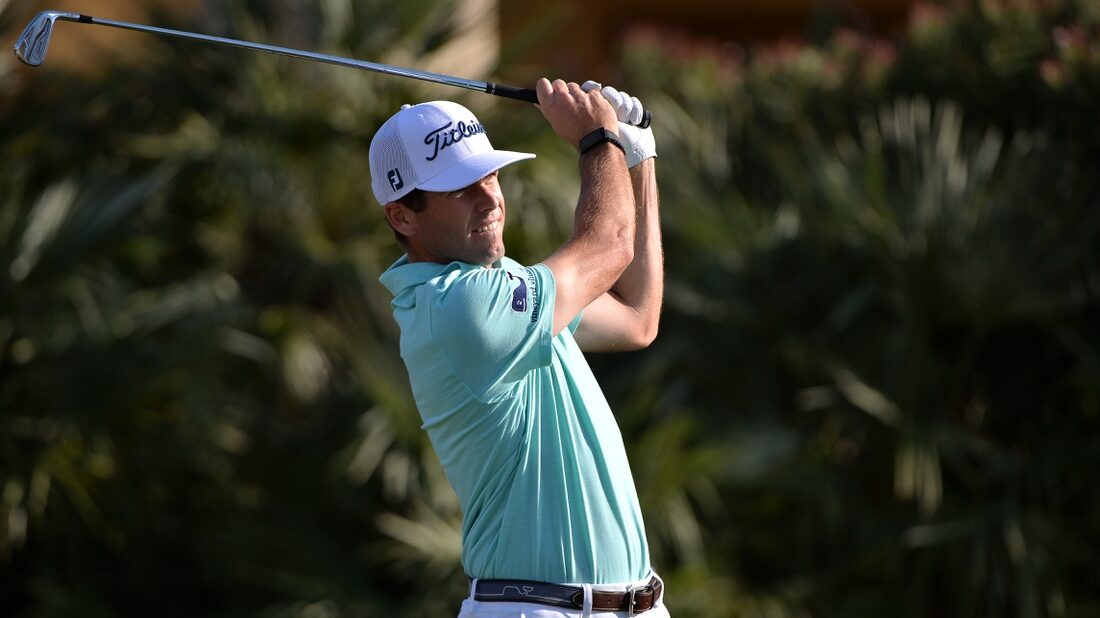 Ben Martin shot 2-under 70 Saturday to maintain a two-shot lead after three rounds of the Corales Puntacana Championship in the Dominican Republic.

Chad Ramey is in second place after carding a 69, while Venezuela&rsquor;s Jhonattan Vegas is in third after shooting a 7-under 65 for the best round of the day at Corales Golf Course. Vegas is three shots back.

Martin carded back-to-back 66s before his five birdies and three bogeys in the third round and enters Sunday&rsquor;s final round at 14-under 202. He is shooting for his second career PGA Tour victory and first since 2014.

“I&rsquor;m going to keep doing what I&rsquor;ve been trying to do all week, which is just enjoy being out there, not try too hard and sort of see what happens at the end,” said Martin, 34. “But this is really the reason I think I enjoy playing professional golf, like being around the lead on the weekend with a chance to win.

“You have a little nerves, but I think that&rsquor;s why we all like to test ourselves and see where we are, so it will be a fun day tomorrow.”

Ramey had an eagle on the par-5, 14th hole, four birdies and three bogeys. One of the bogeys came on the 18th hole, preventing him from moving within one shot of Martin.

Ramey, 29, is looking for his first career victory. After a 70 in the first round, he responded with a 65 to move into contention.

“I don&rsquor;t hit it the longest out here, but I usually keep it out in front of me,” Ramey said. “Hit a lot of fairways, hit a lot of greens. Then if I can get the putter working, usually shoot (a good) score.”

Vegas had five birdies and an eagle on the par-5, #7 during a bogey-free round. He shot 70 in each of the first two rounds before the sharp turnaround.

“Saturday is moving day, you&rsquor;ve got to keep the pedal down and try to make as many birdies as you can,” Vegas said. “Obviously, the scores are going to keep going lower and lower. If the wind is the same way tomorrow, you have to go out and shoot a low one, but at the end of the day it&rsquor;s golf. You&rsquor;ve got to go enjoy it and do your best.”

The 37-year-old Vegas has three PGA Tour wins, the most recent coming in 2017.