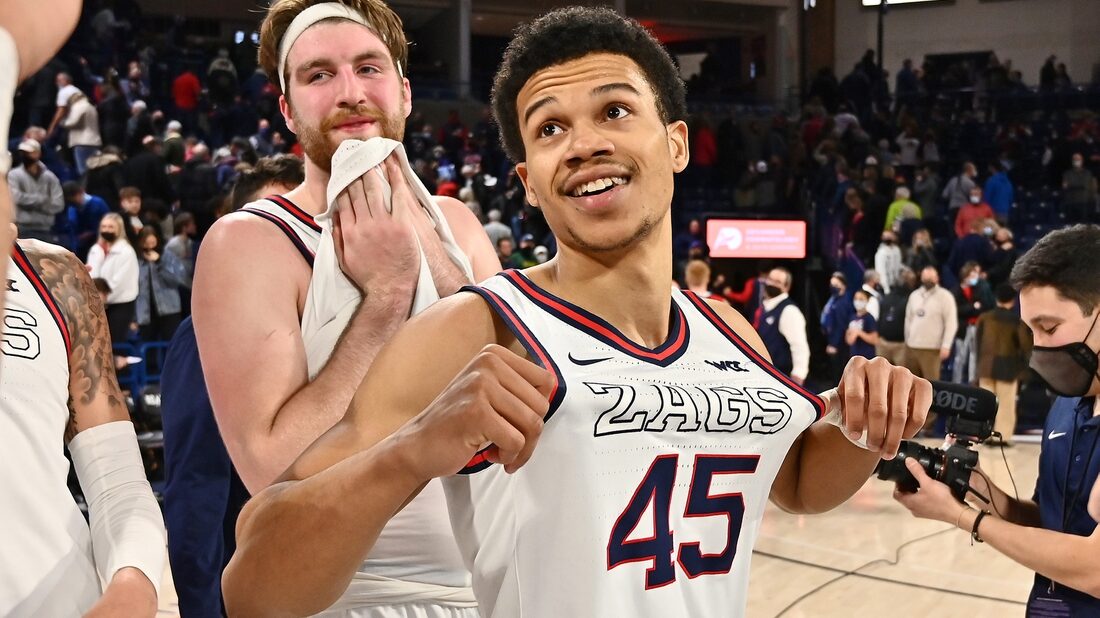 In a couple weeks, we’ll have another NCAA Tournament bracket to fill out.

You should get excited, but you should also get prepared to win your March Madness Bracket pools.

We’re here to help you do so.

And map out a budget.

The most effective way to maximize your chances of winning is to diversify your portfolio with multiple entries.

Subscriptions to KenPom.com and Jordan Sperber’s HoopVision Newsletter are musts as well. We’ve spliced excerpts from our podcast with Sperber throughout, which should help you understand why.

There isn’t a huge correlation between teams that exceed Tournament expectations and teams that rely on their defense. In fact, if you break down the numbers, there’s no correlation at all.

This article from The Ringer shows exactly that. There’s no reason to look for a team that lean on its defense more than its offense, as pointed out again in this story by The Athletic.

When it comes to picking an NCAA champion, you absolutely want to choose a team that plays defense.

THE LOOK OF A CHAMPION

Enjoy the end of the regular season and Championship Week, but it’s vital you begin sorting through the teams you could see cutting down the nets now.

The teams we’ll seriously consider will finish the season ranked high in both the Coaches Poll and the College Basketball Index and those the “wiseguys” see value in the Futures Market.

Here are the title contenders you want to learn as much as possible about now:

Familiarize yourself with this group of teams as well:

So, what exactly are you looking for as you examine these squads?

There’s nothing more comforting down the stretch of NCAA Tournament games than knowing you have a point guard you can trust.

When you’re watching these teams from now on, ask yourself how you’d feel with the ball (and your bracket!) in the hands of their floor generals during a tight Final Four or National Championship game?

You&rsquor;ll be in good hands with Gonzaga&rsquor;s Andrew Nembhard (pictured above).

As alluded to above, since the start of the Ken Pom Era (2002), every national champion has finished in the Top 22 of KenPom’s Defensive Efficiency Ratings with Baylor finishing #22 last season.

Sperber notes studies have shown offenses tend to control the game more and astutedly points out that the Top 22 KenPom stat comes at the conclusion of the Tournament, when any champion has just run off six consecutive wins.

Still, Purdue is way down the rankings right now.

Can you find reasons to believe the Boilermakers will play tighter defense over the next month than they have all season? If you’re going to pick them to knock off one of the favorites, you better.

National titles tend to be won by Hall of Fame-caliber coaches. If you look at the last generation of national champion coaches, former UConn coach Kevin Ollie is the only one who isn’t either in the Hall of Fame today or doesn&rsquor;t appear to be on his way to making such a case.

Arizona&rsquor;s Lloyd is in his first year as a head coach. Steve Fisher was only an interim coach when he led Michigan to the 1989 title while Ollie was in Year 2 when he won UConn&rsquor;s championship in 2014. Tom Izzo is the only other recent coach to win his first title within his first five years as head coach.

GO ON OFFENSIVE TO FIND CINDERELLAS

Sorting through defensive stats may not help you find a potential Cinderella, but there is a strong correlation between NCAA Tournament success and offensive efficiency. Double-digit seeds who have made deep runs tend to rank in the Top 50 of the KenPom Offensive Efficiency Rating. (We told you a KenPom sub would be worth it)

Some teams worth keeping an eye on who could eventually fit that criteria include Davidson and head coach Bob McKillop (pictured above), North Carolina, Loyola-Chicago and Wake Forest.

You can bank on some of the true NCAA title contenders being knocked out of their conference tournaments early. And it’s a lock that a marginal contender will use an impressive run in the days leading up to Selection Sunday to try jumping into that top tier of true contenders.

And it’s just as inevitable that the talking heads will debate what each situation means before ultimately agreeing it cuts both ways.

Entering the Tournament as a “Hot Team” certainly helps, especially for Power 5 squads, so keep an eye out for those teams in the final weeks.

But, this shouldn’t be the only reason you advance a squad. If you’re truly torn on a matchup, this could be a factor that makes you lean one way over the other, though.

IDENTIFY ANALYSTS YOU BELIEVE IN

We’re going to put out an in-depth guide based on historical data to work through your bracket on Monday, March 15th. But filling out a bracket sheet is more art than science. We encourage you to find opportunities to zig when we say zag…within reason.

The best way to make informed decisions on when to zig is to identify analysts you find particularly sharp and incorporate their advice into your sheet. Pay attention to who that could be now.

Here are some potential suggestions: