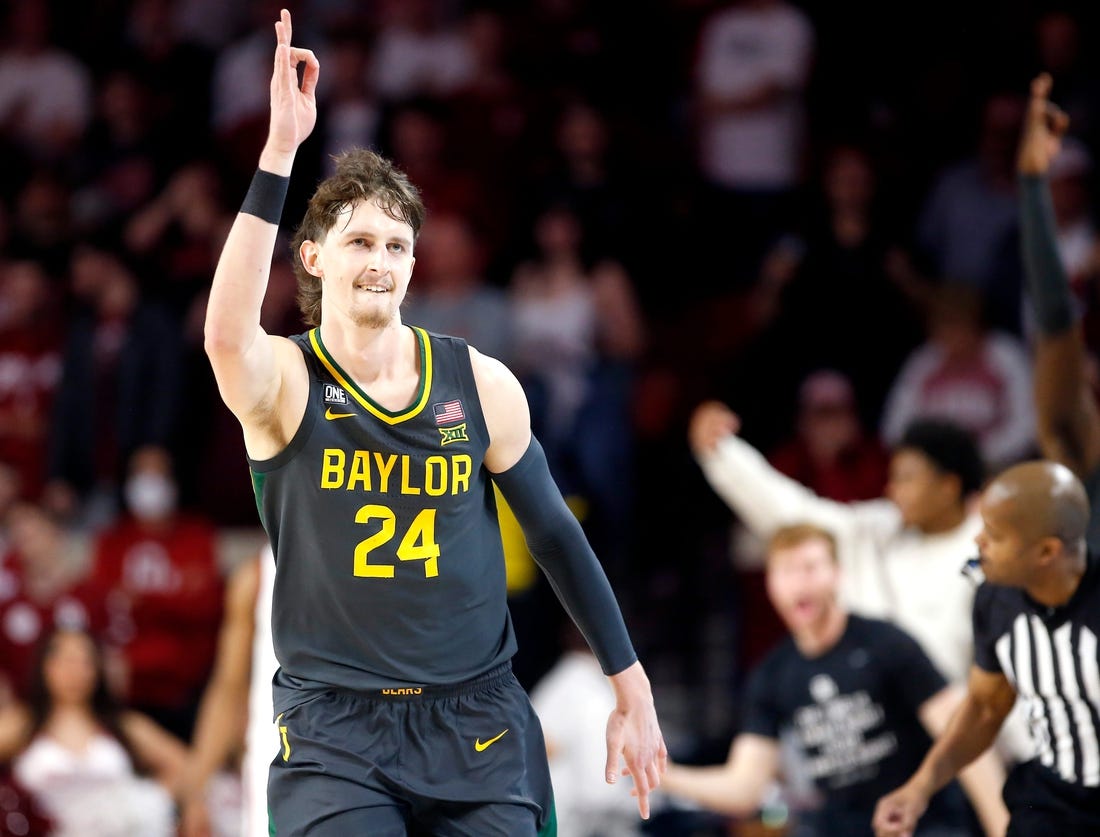 Matthew Mayer, who won an NCAA championship during his four seasons at Baylor, is transferring to Illinois.

The 6-foot-9 wing announced his new destination Friday on Instagram, writing below a picture of him in a Fighting Illini uniform, “New fit, what y’all think? #committed @illinimbb”

Mayer appeared in 126 games for Baylor, all of them as a reserve until he started 33 games last season. He averaged 9.8 points and five rebounds in 2021-22 as the Bears went 27-7 and lost in the second round of the NCAA Tournament to North Carolina.

The previous season, Mayer contributed 8.1 points and 3.7 rebounds per contest as the Bears captured the national championship.

He becomes the second player to transfer from Baylor to Illinois in the past year, joining forward Dain Dainja. After playing three games for the Bears last season, Dainja announced his move.

In addition, swingman Terrence Shannon Jr. announced last month that he is transferring from Texas Tech to Illinois.