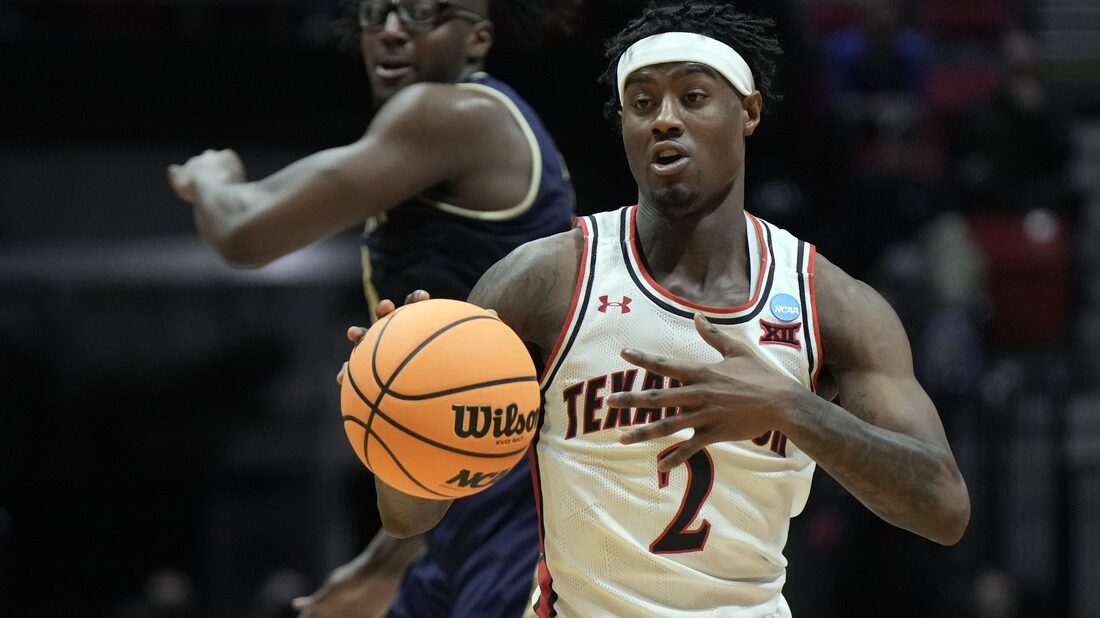 Swarming on defense and executing in the open floor on offense, third-seeded Texas Tech made an overwhelming statement in its NCAA Tournament opener, dominating 14th-seeded Montana State 97-62 on Friday in San Diego.

Bryson Williams and Terrence Shannon Jr. scored 20 points apiece and combined to make 7 of 9 shots from 3-point range for the Red Raiders (26-9), who were never challenged after bolting to an early 18-4 lead.

Adonis Arms delivered 15 points and five rebounds. Kevin Obanor added 10 points and 11 rebounds, helping the Red Raiders to a 33-24 edge on the boards.

In advancing to a Round of 32 matchup Sunday against #6 Alabama or #11 Notre Dame, Texas Tech made 66.7 percent of its shots from the floor and 12 of 20 (60 percent) from beyond the arc on its way to ringing up its season high in points.

“I was really proud of our defensive effort for about 30 minutes. I don’t know if we could have played better,” Red Raiders coach Mark Adams said. “We were hitting 3s and made a lot of plays. It’s something to build on (heading into) Sunday.”

In its first appearance in the tournament since 1996, Montana State (27-8) got 12 points from Xavier Bishop and nine each from Nick Gazelas and RaeQuan Battle.

The Bobcats were no match for the quickness and relentless pressure applied by the Red Raiders. In the first half, flustered Montana State committed 11 turnovers and made just 8 of 25 (32 percent) of its shots from the floor.

The Red Raiders turned many of those mistakes into fast-break opportunities, outscoring the Bobcats off turnovers 17-4 in the first half.

After Abdul Mohamed scored the game’s opening basket for Montana State, Texas Tech responded with the next 12 points as Shannon drained a pair of 3-pointers.

Moments later, treys by Shannon and Arms sandwiched around a shot-clock violation by the Bobcats put the Red Raiders up 18-4 before the game was five minutes old.

Less than 10 minutes into the game, Texas Tech owned a 32-9 lead and the left-handed Shannon had 13 points.

Montana State’s best stretch followed as Gazelas made corner 3-pointers to start and end an 8-1 burst that cut the deficit to 33-17.

But Texas Tech answered with a 19-5 spree, triggered by a pair of 3-pointers from Williams to hike its advantage to 52-22.

In the second half, the Red Raiders pushed their lead to as many as 37 points.