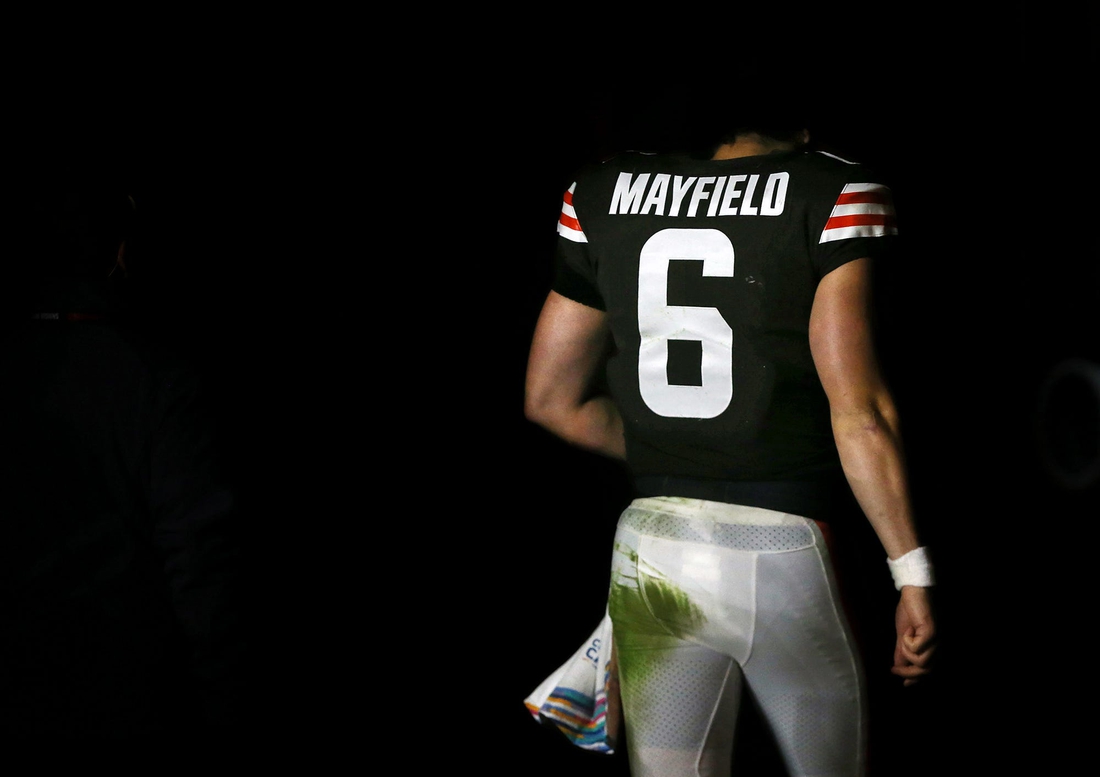 Baker Mayfield made his first public comments since the Cleveland Browns deposed him as starting quarterback, saying he was “disrespected 100 percent” by the franchise.

Mayfield shared his thoughts about how injuries impacted his 2021 season and his up-and-down four years with the Browns on the “Ya Neva Know” podcast, released Wednesday.

He said he thought he’d return as the starter in 2022 based on comments made by general manager Andrew Berry, who said after the end of the season that he expected Mayfield would be their starter moving forward.

“We know his work ethic. We know his drive,” Berry said on Jan. 11. “We see him as a talented passer in this league. We expect him to bounce back next year.”

“I feel disrespected 100 percent because I was told one thing and they completely did another,” Mayfield, who turns 27 Thursday, said on the podcast. “That’s what I’m in the middle of right now. And you know what? OK. I got my taste of it because I’ve had four different head coaches in four years, a bunch of different coordinators.”

The Browns since have signed backup quarterbacks Jacoby Brissett and Josh Dobbs, leaving Mayfield in limbo. The Browns are sure to part ways with him soon, but he’s not sure of the how or the where.

“2021 was miserable. I’m just looking for stabilization right now. I know what I need to do to be the best version of me and be able to lead an organization. I’m in a good place right now. I have no clue where I’m going.”

Mayfield played through a torn labrum in his left (non-throwing) shoulder that has been surgically repaired since the end of the season. He also dealt with lower-body injuries (left heel, right knee, groin) throughout the season as the Browns finished 8-9 and out of the playoffs.

“I really, truly honesty have no regrets of my time in Cleveland of what I tried to give that place,” Mayfield said. “True Clevelanders and true Browns fans know that, and that’s why I can walk away from the whole situation feeling like I did it.”