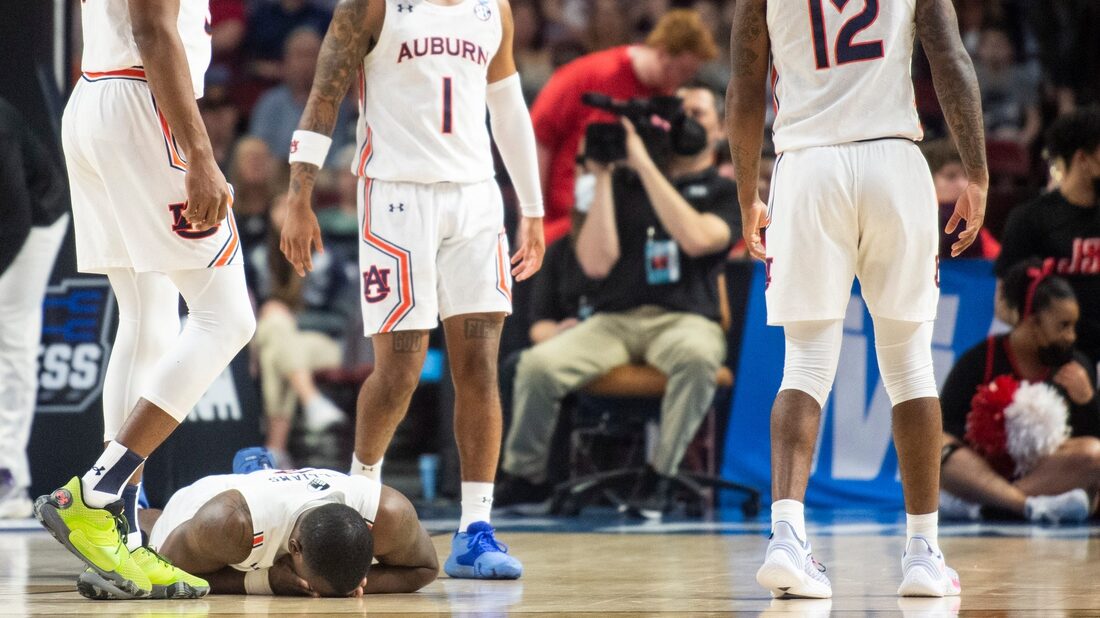 Auburn forward Jaylin Williams could miss the Tigers’ second-round NCAA Tournament game against Miami on Sunday due to a possible concussion.

Williams collided with teammate Walker Kessler in the first half of second-seeded Auburn’s easy 80-61 win over #15 Jacksonville State in the first round Friday in Greenville, S.C.

Williams, a junior, is averaging 5.4 points and 2.6 rebounds in 32 games off the bench this season. He scored eight points on 3-for-3 shooting before exiting the Friday game.