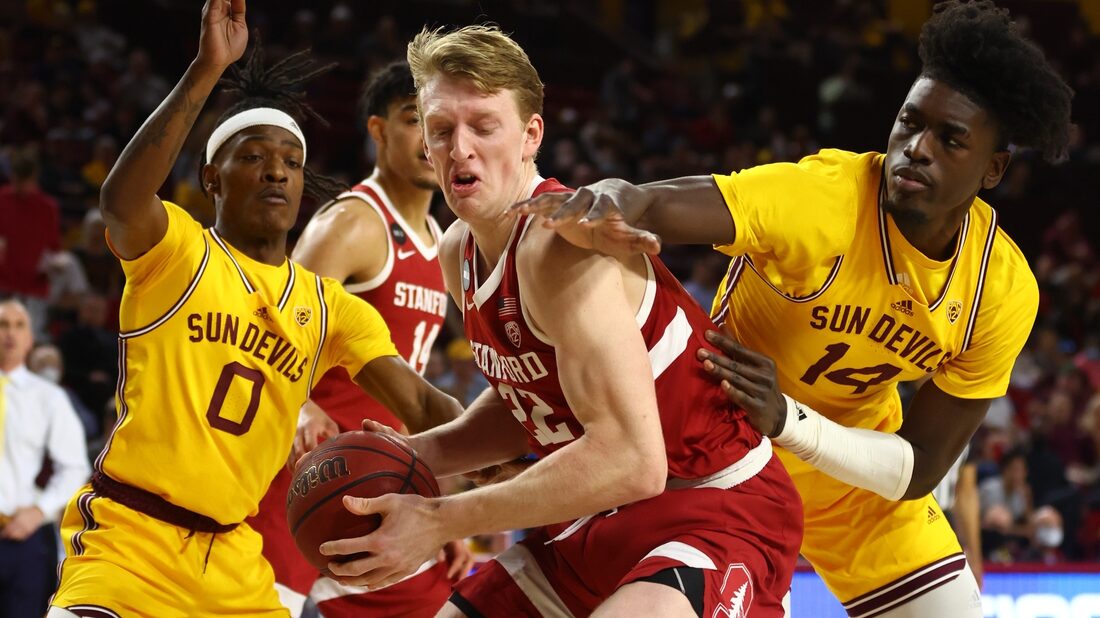 Marreon Jackson scored 18 points Saturday afternoon as Arizona State shook off a slow start to earn a 65-56 victory over visiting Stanford in a Pac-12 Conference game in Tempe, Ariz.

Jalen Graham scored 16 points and DJ Horne added 12 as the Sun Devils (14-6, 10-10 Pac 12) continued a late-season run with their fourth consecutive victory. They head into the Pac-12 tournament having won seven of their last eight, with the only defeat since early February coming at then-#12 UCLA.

Spencer Jones and Brandon Angel each scored 14 points for Stanford (15-15, 8-12), which closed the regular season in complete contrast to Arizona State. The Cardinal lost their fifth consecutive game as the conference tournament approaches, having dropped seven of eight.

Stanford’s offense was in sync early, as the Cardinal led by nine points twice in the first half, the last at 23-13 with 11:59 remaining before the break. But Stanford’s 13 first-half turnovers helped Arizona State close the deficit to 32-30 at the half.

The Sun Devils shot just 1 of 9 from 3-point range in the first half, when they were outrebounded 20-11. Jones had 10 points in the first half for Stanford, while Jackson had nine for Arizona State.

In the second half, a 3-pointer by Angel gave Stanford a 52-51 lead with 6:13 remaining, but the Sun Devils took over from there. Arizona State scored 10 consecutive points to grab a 61-52 lead with 2:13 remaining.

Another Angel 3-pointer kept Stanford close, but with 55 seconds remaining Horne made a pair of free throws to put the Sun Devils ahead 63-56.

Arizona State made four of its last five field-goal attempts while Stanford went 1-for-8 down the stretch.

The Sun Devils forced the Cardinal into 21 total turnovers, converting those to 17 points. Arizona State was just 2 of 17 (11.8 percent) from 3-point range in the game.

With the loss Stanford is locked in as the #9 seed in next week’s Pac-12 Tournament at Las Vegas.