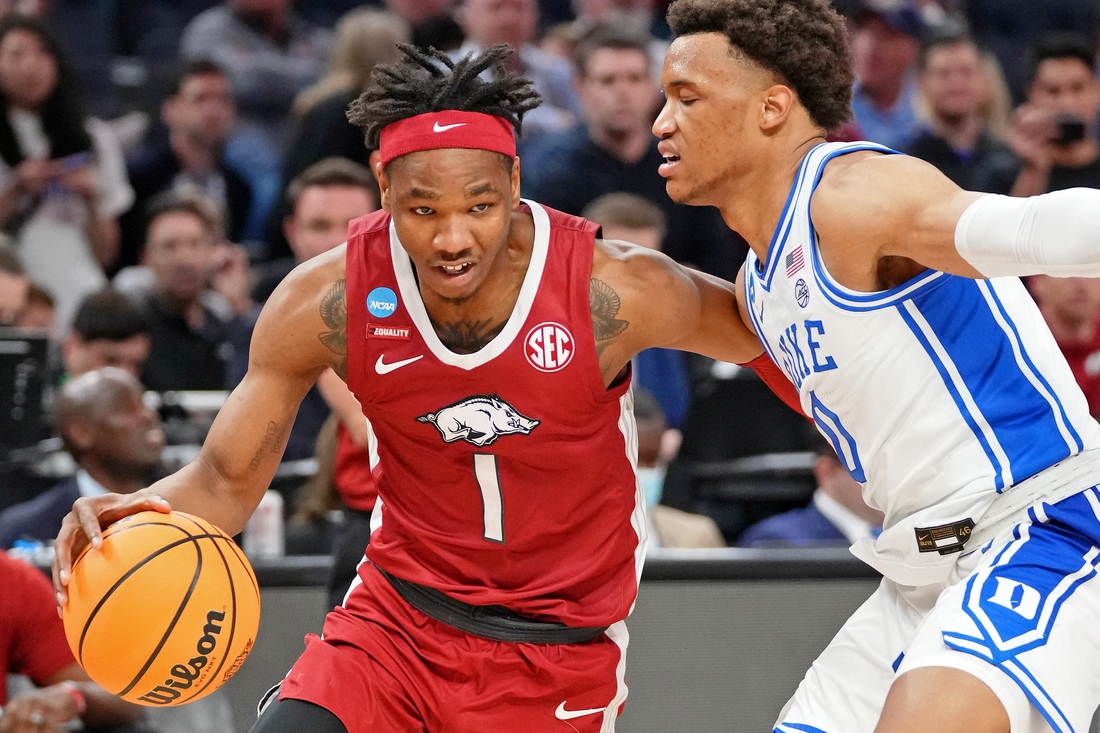 Arkansas guard JD Notae announced Sunday he is signing with an agent and entering the 2022 NBA Draft.

The 6-foot-2 senior had one season of eligibility remaining due to an NCAA rule implemented during the COVID-19 pandemic.

“The past three years at Arkansas have been the best of my life,” Notae posted. “I wouldn’t trade the memories I’ve made for anything, and Fayetteville will always hold a special place in my heart. I’ve dreamt about playing professional basketball since I was young and after careful consideration, I have decided to sign with an agent and enter my name in the 2022 NBA Draft.”

The NBA Draft is scheduled for June 23. Notae is ranked as the #49 prospect by NBADraft.net.