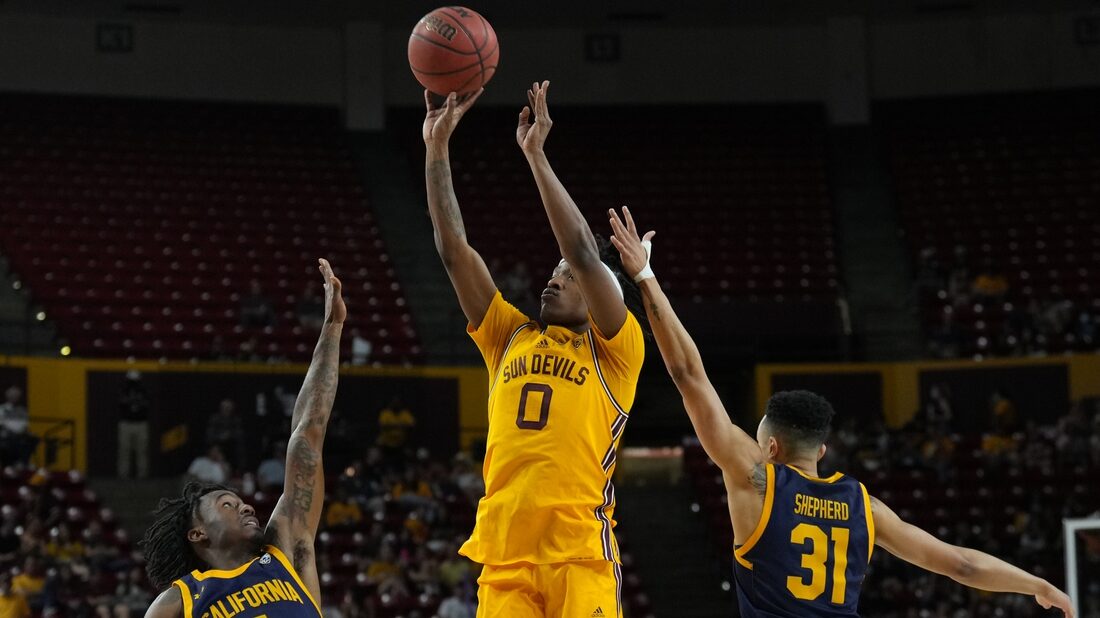 Pac-12 teams heading in opposite directions will meet when surging Arizona State hosts reeling Stanford to conclude the regular season on Saturday in Tempe, Ariz.

Arizona State avenged a 74-50 loss at California on Jan. 3 with a 71-44 victory over the visiting Golden Bears on Thursday.

“It’s a good feeling, way better than losing,” Arizona State forward Kimani Lawrence said. “I’m just happy we found something that’s working for us, we’ve got a rhythm. It’s just something to build off going into the (Pac-12) tournament.”

The Sun Devils have gone from being in last place in the Pac-12 on Feb. 10 to entering their final regular season game in eighth. Stanford is in ninth place.

Arizona State and Cal would face each other in the first round of the conference tournament next week if their standings remain the same.

Stanford is coming of an 81-69 loss at #2 Arizona on Thursday, but coach Jerod Haase took some positives from the game.

The Cardinal led at halftime and were in the game midway through the second half when Arizona went on an 8-0 run to take a 67-58 lead.

Stanford went from scoring 39 points on 24 percent shooting from the field in a 53-39 loss at Cal in its previous game to making 15 of 28 shots in the first half against Arizona, including 7 of 10 from 3-point range.

Michael O’Connell hit all four of his 3-point attempts before the break.

“We did a better job handling pressure and had a better game plan this game,” Haase said. “Obviously, when the ball goes in everything looks better.”

Over Arizona State’s last seven games, opponents have averaged only 57.3 points, almost 10 points fewer than its season average of 66.7.

Stanford won the previous meeting 79-76 on Jan. 22 at Palo Alto, Calif. O’Connell and Brandon Angel had 16 points each and the Cardinal made 32 of 41 free-throw attempts.