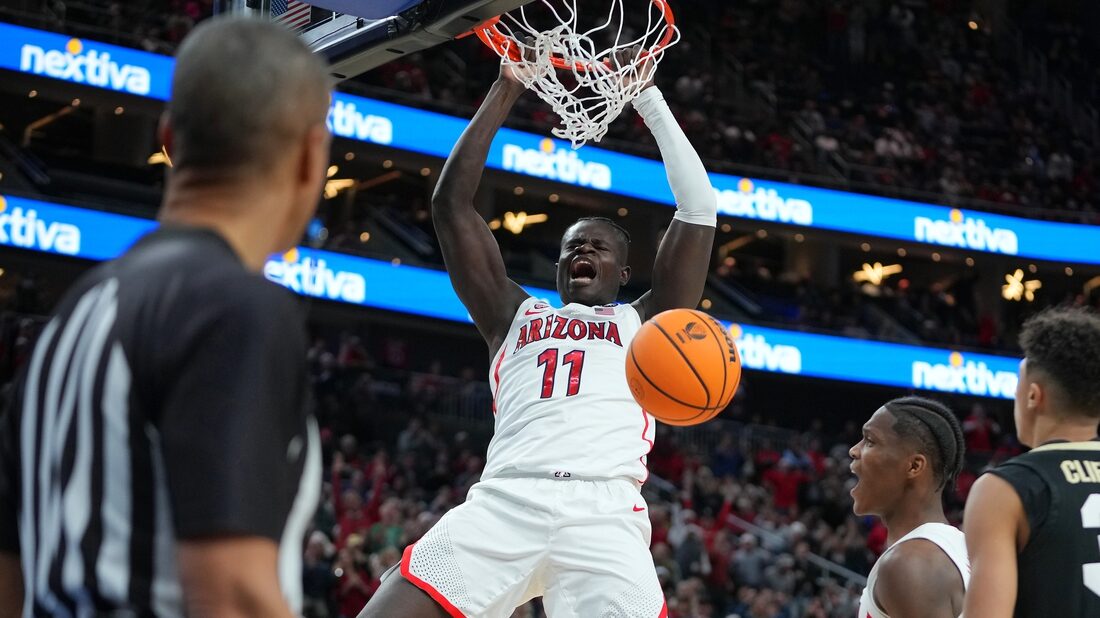 #13 UCLA has a chance to win its first Pac-12 tournament title in eight years, but to do so will mean knocking off regular-season champion and second-ranked Arizona in the championship game Saturday night in Las Vegas.

The Wildcats are 1.5-point favorites at DraftKings, where they are being backed by 87 percent of the bets and 81 percent of the spread-line money. The line has also moved from 1.0 to 1.5 at PointsBet with Arizona being supported by 81 and 85 percent, respectively.

The second-seeded Bruins (25-6) have not played in the Pac-12 final since beating Arizona in 2014, but they’ll head into this clash having won five straight games and eight of nine, including 69-59 over #21 Southern Cal, the #3 seed, in Friday’s semifinals.

Top-seeded Arizona (30-3) reached its first Pac-12 final since 2018 with an 82-72 win over fourth-seeded Colorado, avenging a 16-point road loss to the Buffaloes two weeks earlier. The Wildcats were outscored 54-26 in the paint in that game but flipped that in the semifinals, winning that area 30-14.

“Sometimes I don’t mind losing, because it gives you a chance to kind of recalibrate and fix things,” Arizona first-year coach Tommy Lloyd said. “And we fixed things. That’s what this program is about.”

The Wildcats used a similar approach to avenge a 16-point loss at UCLA from late January when they beat the Bruins by 10 in Tucson less than two weeks later.

UCLA has four players who average in double figures, but of late it has leaned heavily on guard Jaime Jaquez Jr. The junior has 99 points in the team’s last four games, including 19 in the semifinal win over USC.

Jaquez averaged only 11.5 points against Arizona this season, but in the Pac-12 tourney, Arizona’s opponents have been able to have someone go off. Stanford’s Spencer Jones had a career-high 28 against the Wildcats in the quarterfinals, then Colorado’s Jabari Walker was 5 of 5 from 3-point range in the semifinals.

The game will match the Pac-12’s top offense against a UCLA team that led the conference in scoring defense. The Bruins held Arizona to a season-low 59 points at home and haven’t allowed more than 68 points in the last 10 games.

“If you defend, you always got a chance,” UCLA coach Mick Cronin said. “The thing about it is, you get to March, you can’t rely on shooting to win.”