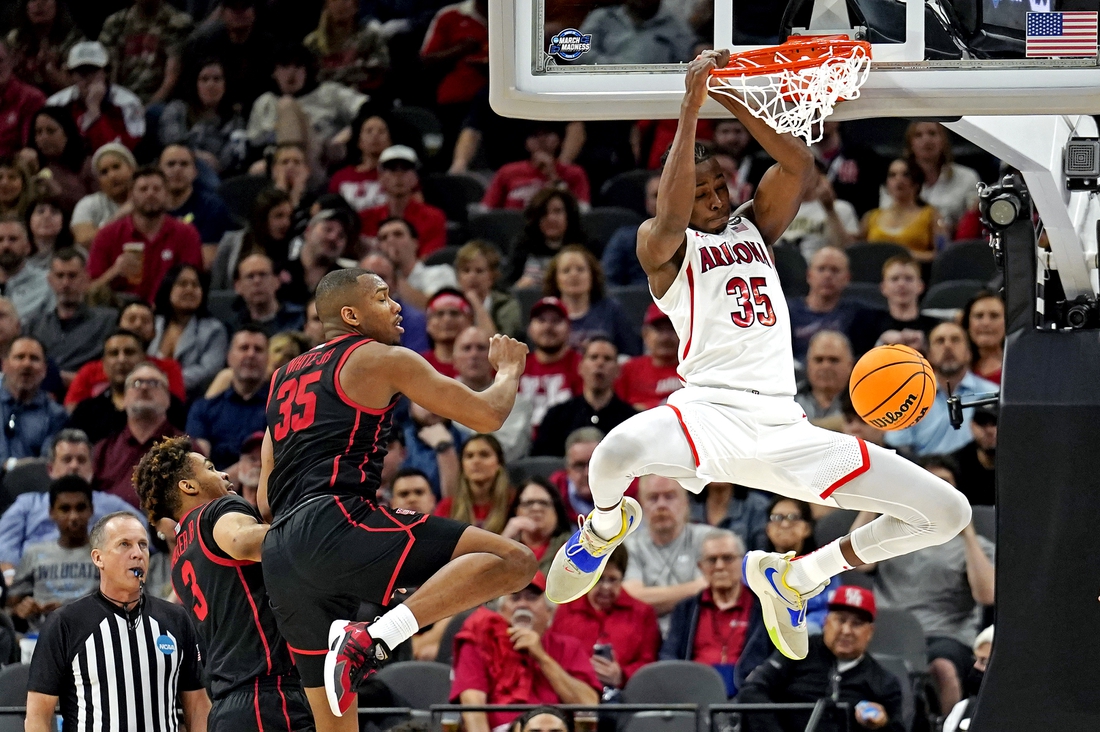 Koloko, a junior, said he is focused on his face-up game and post moves ahead of the NBA draft combine next month.

“Playing in the NBA has always been my dream. I think I’m ready for that,” Koloko told Stadium in a video announcement.

Koloko, who hails from Cameroon, averaged 12.6 points, 7.3 rebounds and 2.8 blocks per game as a junior last season with the Wildcats. He was the Pac-12 Defensive Player of the Year and Most Improved Player.