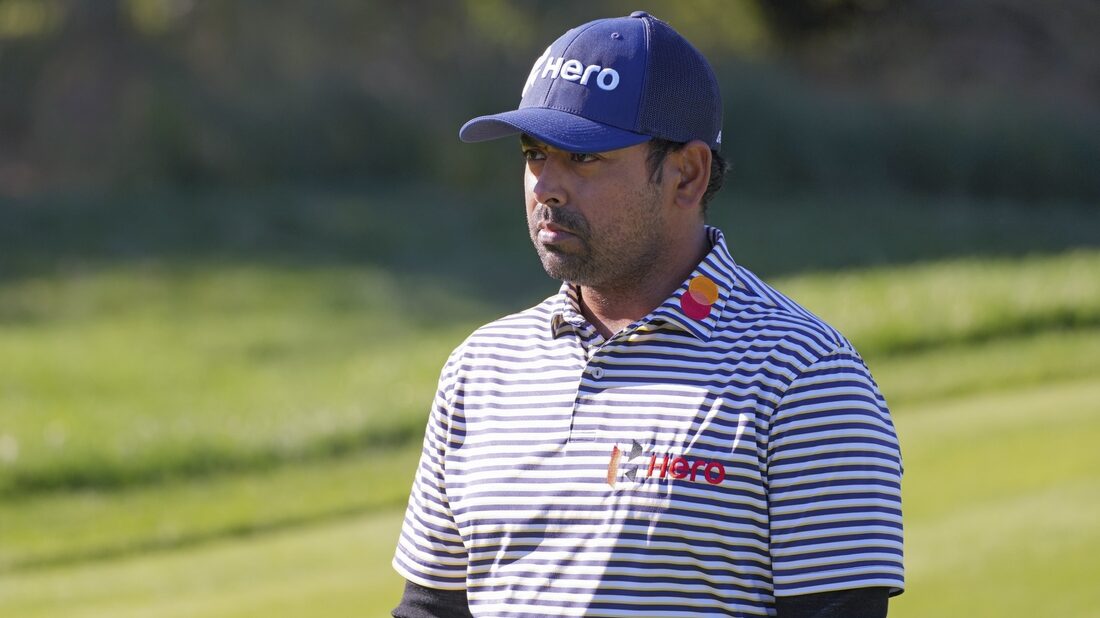 India’s Anirban Lahibi held a one-shot lead at The Players Championship when play was halted due to darkness in the middle of the third round at TPC Sawgrass in Ponte Vedra Beach, Fla. on Sunday.

Lahiri is 9-under-par for the tournament through 11 holes in his third round. He leads by one over Americans Tom Hoge and Harold Varner, who both completed nine holes before the horn sounded Sunday evening.

Hoge was tied for the lead at 7 under when the second round was finally completed mid-day Sunday. Co-leader Sam Burns finished the day still at 7 under and tied for fourth with England’s Paul Casey and Columbia’s Sebastian Munoz.

The third round will resume at 8 a.m. ET on Monday, with the final round scheduled to begin at 1 p.m. Tournament organizers hope tcomplete the final around 6:30 p.m.

Lahiri will sleep on the lead Sunday night as he attempts to capture the biggest victory of his career.

The 34-year-old has 18 worldwide victories to date, but his biggest result in a marquee event was a tie for fifth at the 2015 PGA Championship. Lahiri has yet to win the PGA Tour, and he entered this week ranked 322nd in the world.

“I’m just happy. When you are in that state of mind, you usually play well, and that’s what’s happening.”

Lahiri first reached 9 under with a birdie on the ninth hole of his third round, making the turn in 4-under 31. He bogeyed the 10th hole but rebounded to birdie the par-5 11th before play was suspended.

When play resumes Monday morning, there will be 17 players within four shots of the lead. That includes former Open champion Shane Lowry, who sits at 5 under thanks in part to a hole-in-one on the iconic 17th hole during his second round.

Defending champion Justin Thomas is 4 under through 11 holes and has 25 remaining to make a charge as he attempts to become the first player to successfully defend at the Players.

World #1 Jon Rahm is also through 11 holes in his third round but is seven shots off the pace at 2-under along with third-ranked Viktor Hovland. #2 Collin Morikawa missed the cut.

Scottie Scheffler and Rory McIlroy were among those who had to wait until Sunday afternoon to find out if they would make the 36-hole cut. Both squeeked in after Scott Piercy quadruple bogeyed the 17th hole after putting two balls in the water and then bogeyed #18 to fall to 3 over.

“I had to ask (caddie Travis Perkins) what day it was today,” Burns said after the second round was complete. “I really wasn’t even sure. It’s strange going from Thursday and not playing again until Sunday.”

Hoge is trying to win for the second time this year after claiming his maiden PGA Tour victory at the AT&T Pebble Beach Pro-Am last month.

“You know what, I think we definitely got the good end of the draw. That’s golf, I guess,” Hoge said about those who avoided playing Saturday. “It was certainly difficult out there still this morning. I felt there were a lot of challenging golf shots out there.”