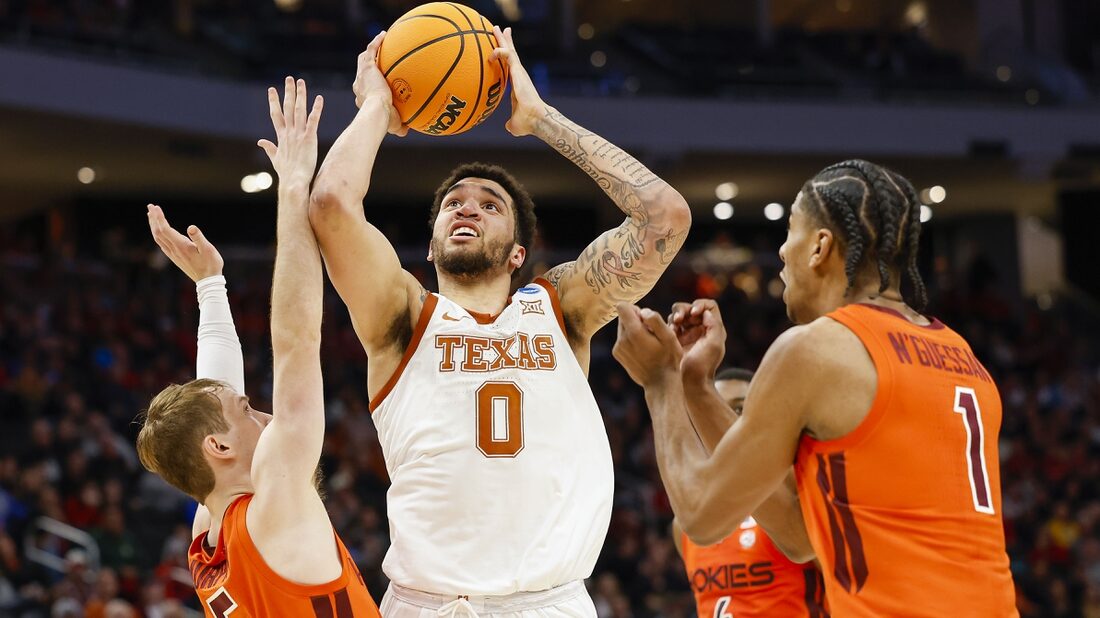 Andrew Jones scored 21 points to lead a balanced offensive attack as sixth-seeded Texas turned it on in the second half for an 81-73 win over 11th-seeded Virginia Tech on Friday afternoon in an NCAA Tournament East Regional first-round game in Milwaukee.

The Longhorns advance to play third-seeded Purdue in the second round on Sunday. The Boilermakers rolled past Yale 78-56 in the first round.

Texas (22-11) used a momentum changing 3-pointer from beyond half-court by Carr at the first-half buzzer to set the table for a dominating second half. The Longhorns had a 34-32 lead at halftime and never let Virginia Tech see the front again, using a 15-3 run over the middle of the second half to turn a 46-42 advantage to 16 points after two free throws by Courtney Ramey with 8:26 to play.

The Hokies never got closer than seven points the rest of the way.

Carr added 15 points and 9 assists, Timmy Allen hit for 14 points, Christian Bishop poured in 11 and Ramey tallied 10 points for the Longhorns, which went 10 for 19 from beyond the arc and snapped a three-game losing streak.

It was Texas’ first NCAA Tournament win since 2014.

Texas went in front for the first time on Bishop’s layup with 10:58 left in the first half, before Virginia Tech leapfrogged back on top at 29-27 after a jumper by Nahiem Alleyne with 1:11 remaining.

The first half ended with three lead changes in the final six seconds. First, Jones canned his fifth 3-pointer of the half to put the Longhorns up; then Storm Murphy hit two free throws with two seconds remaining to grant Virginia Tech the lead. And finally, Carr banked in a 3-pointer from 60 feet away at the buzzer to allow Texas a two-point advantage at the break.

Jones led all scorers with 17 points before halftime; Aluma paced the Hokies with eight points in the half.